Workers at a Volkswagen factory in Tennessee have voted against union representation, a devastating loss that derails the United Auto Workers union's effort to organize Southern factories. 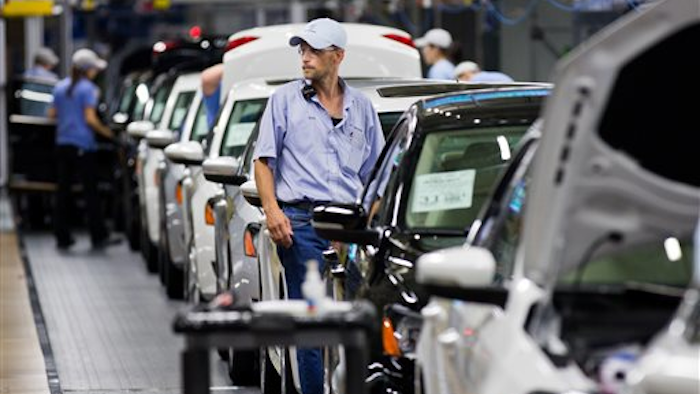 CHATTANOOGA, Tenn. (AP) — Workers at a Volkswagen factory in Tennessee have voted against union representation, a devastating loss that derails the United Auto Workers union's effort to organize Southern factories.

The 712-626 vote released late Friday stunned many labor experts who expected a UAW win because Volkswagen tacitly endorsed the union and even allowed organizers into the Chattanooga factory to make sales pitches.

But the union faced stern opposition from Republican politicians who warned that a union win would chase away other automakers who might come to the region. Sen. Bob Corker of Tennessee was the most vocal opponent, saying that he was told that VW would not build a new SUV in Chattanooga if workers approved the union. That was later denied by a VW executive in Tennessee.

The UAW for decades has tried without success to organize a foreign-owned plant in a region that's wary of organized labor. The loss now makes it even harder for the union to recruit members at another Southern factory, a key priority of outgoing UAW President Bob King. He has said in the past that the union has no long-term future if it can't organize the Southern plants.

"It is pretty devastating" for the union, said Kristin Dziczek, director of the labor and industry group at the Center for Automotive Research, an industry think tank in Michigan. "If this was going to work anywhere, this is where it was going to work."

Gary Casteel, a UAW regional director who headed organizing efforts at the plant, hinted that the union may challenge the election results with the National Labor Relations Board.

"We think that it's unfortunate that there was some outside influence exerted into this process," Casteel said Friday night. "There are still some issues that have to be sorted out about this election, and we'll let the people that do that evaluate the impact of others and whatnot further down the road."

Dziczek said the union may have to change its tactics in future organizing efforts, because King's strategy of the union and company working together to help each other did not work.

But she does not expect the well-funded union to give up on organizing Southern factories. "I think they will continue to push everywhere they were pushing and see if they get more traction," she said.

Many viewed VW as the union's only chance to gain a crucial foothold in the South because other automakers have not been as welcoming as Volkswagen. The vote means the union may be quarantined to its base with the Detroit Three automakers in the Industrial Midwest and Northeast.

King, however, stuck to statements he made earlier that the union would seek a vote and respect any decision made by workers.

"While we certainly would have liked a victory for workers here, we deeply respect the Volkswagen Global Group Works Council, Volkswagen management and IG Metall for doing their best to create a free and open atmosphere for workers to exercise their basic human right to form a union," King said in a statement.