After UAW Loss, Plant Shows No Sign Of Expansion

Sen. Corker blamed the UAW appeal and the resulting delay in certifying the results of the union election for putting a hold on expansion talks at the plant. 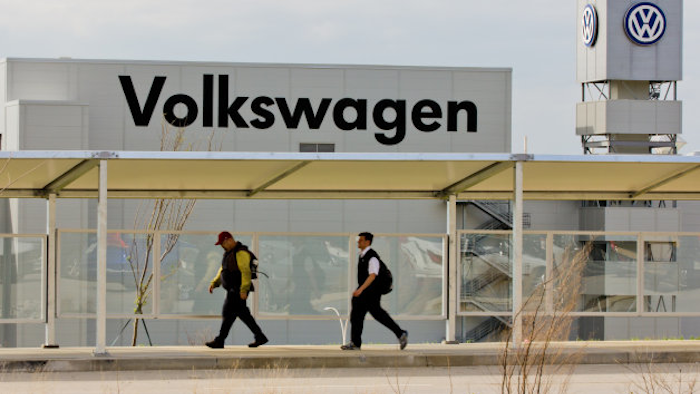 NASHVILLE, Tenn. (AP) -- Friday marks the end of the two-week period within which U.S. Sen. Bob Corker promised Volkswagen would announce another line at its factory in Tennessee if workers there rejected representation by the United Auto Workers union.

So far there's little sign of any pending announcement.

Workers at the Chattanooga plant ended up voting 712-626 against the UAW, in an election the union claims was tainted by threats and intimidation from Republicans like Corker, Gov. Bill Haslam and state lawmakers.

The UAW last week filed a challenge with the National Labor Relations Board, seeking to have results voided and a new election to be held.

The appeal cited warnings from GOP lawmakers that a pro-union vote would endanger key state incentives to secure the new line at the plant, and Corker's statements that a vote against the union would be followed in short order an expansion announcement.

"If the UAW is voted down they're going to come here immediately, within a two week period, and affirm they're going to build a line here," Corker told The Associated Press the day before the conclusion of the three-day vote.

The Senator also dismissed the repeated claim by Volkswagen that a decision about whether to build a new SUV either in Chattanooga or at a plant in Mexico was unrelated to the union vote.

"There is no way I'd put out statement like I put out unless I was 1,000 percent that it was accurate in every way," Corker said at the time.

In its appeal, the UAW criticized the statements from Corker and other GOP politicians during the election.

"This resonates as a classic 'fist inside the velvet glove' threat," the UAW appeal said. "If you vote against the union you will be rewarded, but if you go the other way you will be punished.

"Senator Corker knew exactly what he was doing," according to the filing.

Corker blamed the UAW appeal — and the resulting delay in certifying the results of the union election — for putting a hold on expansion talks at the plant.

"Unfortunately, I have to assume that today's action may slow down Volkswagen's final discussions on the new SUV line," he said at the time.

Volkswagen has remained silent on Corker's latest assertions as well as the UAW appeal.

The company did not immediately respond to messages seeking a comment Thursday.

The NLRB has given the UAW an extension until March 7 to present its evident to support the case.

Corker, a former Chattanooga mayor who played a large role in courting Volkswagen to build the plant in Chattanooga, calls the UAW complaint an effort to "try to muzzle or keep a United States Senator, a governor or a state legislator from being able to express their views."

Corker and fellow Republicans said they worried that a UAW foothold with its first foreign automaker in the South would have hurt the region's ability to attract suppliers and other manufacturing plants.

But the anti-union campaign left a sour taste among labor officials at Volkswagen, which is embarking on a $7 billion investment spree in North America over the next five years.

Bernd Osterloh, a Volkswagen board member and head of the company's global works council, raised concerns about the "massive anti-union atmosphere" fostered by conservatives surrounding the Chattanooga vote, and warned that the company could look toward building future plants outside the South if efforts to create works council are thwarted in Tennessee.

Worker representatives make up half of the supervisory board at the Wolfsburg, Germany-based automaker, giving them the power to block management initiatives.

Republican state Sen. Bo Watson, who took a lead on warning of negative consequences for Volkswagen investments if the union was approved, said Thursday that state lawmakers won't put their evaluation of a new package on hold while the UAW appeal is pending.

"That's a process that's out of my control," Watson said. "My perspective is that the workers made their decision. You work under the assumption that the decision has been made, and you move forward from that."