The Department of Labor reported this morning that America's manufacturing sector added 15,000 jobs in October. AAM President Scott Paul responds to this increase saying, “the good news is that manufacturing jobs have grown over the past few months. The bad news is that they haven’t grown fast enough."

The Alliance for American Manufacturing 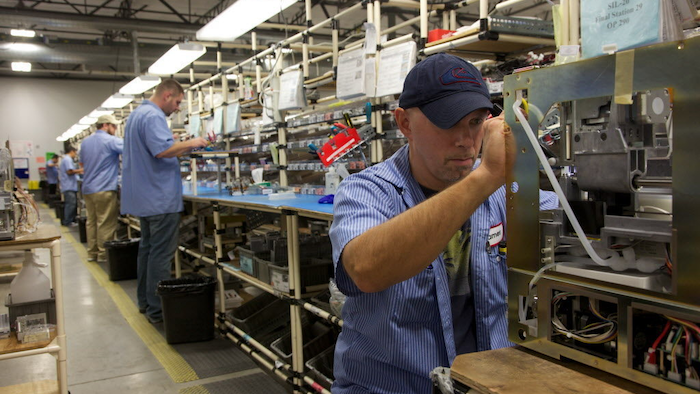 The Department of Labor reported this morning that America's manufacturing sector added 15,000 jobs in October.
The #AAMeter, which tracks President Obama's promise to create 1 million new manufacturing jobs in his second term, boosts to +218,000 jobs, after positive revisions to September and August’s data.
Alliance for American Manufacturing President Scott Paul responds to this increase saying, “The good news is that manufacturing jobs have grown over the past few months. The bad news is that they haven’t grown fast enough. I’m very concerned that a surge of imports from China and a paucity of public investment in infrastructure will continue to hamper the great potential of the productive sector of our economy.
“Hopes of achieving the White House goal of 1 million new jobs in the Administration’s final term are fading fast. Without some progress on the trade deficit and a long-term infrastructure plan, I don’t see that changing. No doubt the economic anxiety that many Americans still feel is compounded by stagnant wage growth and diminished opportunities for middle class careers.”
So while the manufacturing sector appears to be growing, AAM is noting that the president is now nearly halfway through his second term, yet he is less than a fourth of the way to his goal of creating 1 million new manufacturing jobs.
Latest