Disaster-battered Japan reported its biggest annual trade deficit ever Thursday, a contrast from decades of surpluses, as a nuclear crisis boosted expensive oil and gas imports. 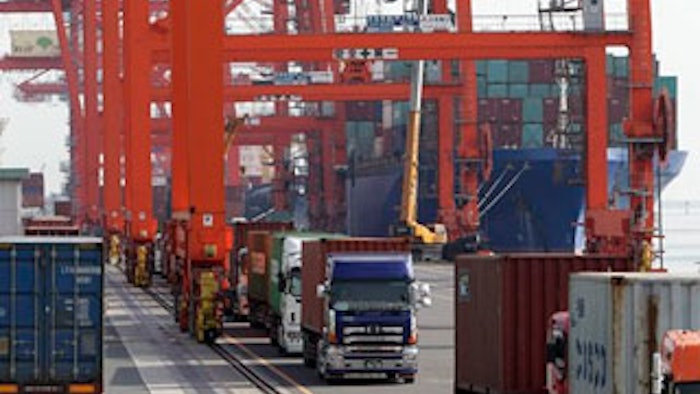 All but one of Japan's 54 nuclear power reactors are offline in the aftermath of a nuclear crisis set off in March 2011 by the tsunami in northeastern Japan. That has forced Japan to rely on oil and gas-fired generation to supply electricity.

Although the central government, eager to restart some of the reactors, has been carrying out safety tests on the nuclear plants, local officials have been wary of giving a go-ahead.

The earthquake and tsunami also hurt manufacturing, not only in northeastern Japan but for those companies that had counted on supplies from that area. Exports for the fiscal year dropped 3.7 percent from the previous year, while imports climbed 11.6 percent, according to the Finance Ministry.

The tsunami destroyed backup generators at Fukushima Dai-ichi nuclear plant, sending three reactors into meltdown, setting off the worst nuclear disaster since Chernobyl, spewing radiation into the air and sea and contaminating farmland, forests and homes.

The trade deficit is striking given Japan's past politically sensitive reputation as a giant exporter. Like China nowadays, it was often the target of international criticism for running huge trade surpluses.

The ministry said comparable trade data go back to fiscal 1979, but the latest deficit number was also bigger than those dating back to the Meiji period, starting in 1868.

Japanese companies have also been gradually moving production overseas to curb damage from the strong yen, which erodes the value of export earnings.

Satoshi Osanai, economist at Daiwa Institute of Research in Tokyo, said the main contributor to the deficit was soaring fuel prices.

Exports are recovering, especially in autos and construction machinery, a sector in which Japan remains globally competitive, he said.

"We expect the overall structure of Japan having a surplus to return by fall," he said.

The recent situation — surging imports caused by high fuel prices — is different from the fiscal year ended March 2009 when Japan had a trade deficit because exports plunged amid the global financial crisis, according to Osanai.

Japan had posted its first trade surplus in five months in February, thanks to a recovery in auto and electronics exports to the U.S. But the ministry said Thursday that Japan's trade deficit sank back into the red for March, at 82.5 billion yen ($1.0 billion).

Although Japan had managed to eke out a surplus in a few months over the last year, they were minuscule compared to the massive surpluses amassed in previous years.

Japanese exports still remain weak to Europe, where some economies are in trouble, but they have recovered to North America, Asia and other parts of the world.