Ford Motor Co. said Tuesday it plans to cut several hundred salaried workers in Europe as part of a larger restructuring in the money-losing region. The company is offering voluntary buyout programs in Germany, the U.K. and the rest of Europe. It's also cutting temporary salaried positions and some outsourced services. 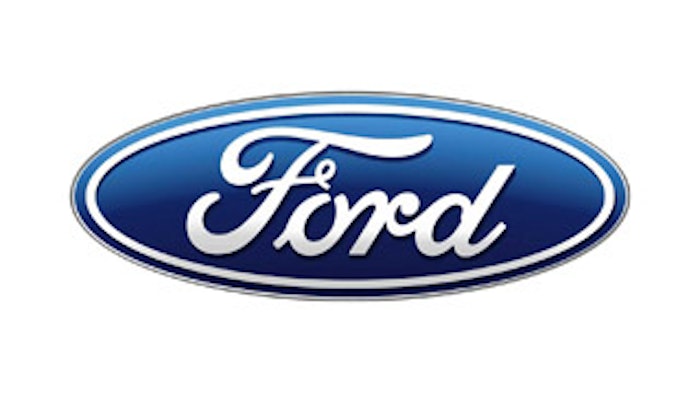 The company is offering voluntary buyout programs in Germany, the U.K. and the rest of Europe. It's also cutting temporary salaried positions and some outsourced services.

Ford stressed that the separations will be voluntary. The Dearborn, Michigan-based company expects several hundred people will leave, but it won't know exact figures for several months.

Europe's economic crisis has hurt car sales, which dropped nearly 7 percent in the European Union in the first six months of this year. Ford also has been hit by an influx of cheaper imports from South Korea after Europe lowered its tariffs on Korean vehicles last year.

Ford lost $404 million in Europe in the second quarter. It expects to lose $1 billion in the region this year.

In addition to the salaried staff cuts, Ford is studying plant closures and other cost-cutting measures. The company has said it is using its North American restructuring — in which it closed plants, renegotiated union contracts, accelerated new products and laid off thousands of workers — as a template for Europe.

"I think we have a track record in terms of understanding what needs to be done and having the will and the ability to execute it," Chief Financial Officer Bob Shanks said last week at a conference for manufacturing analysts.

Earlier this month, Ford announced plans to bring 15 new or restyled vehicles to Europe over the next five years to revive sales. Among the new offerings will be the Mustang sports car, EcoSport small SUV and Edge mid-size SUV. Shanks said Ford's lineup in Europe isn't as profitable as it could be right now because it's heavily tilted toward smaller, less profitable cars.

Shanks also warned analysts that the restructuring will take time.

"The recovery of Europe will not be a two-quarter phenomenon," he said.