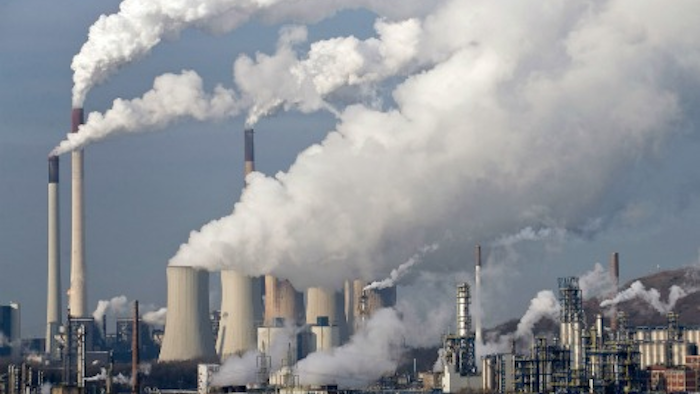 In a congressional hearing organized to undermine Republican opposition to President Barack Obama's environmental proposals, Senate Democrats asked the heads of the Environmental Protection Agency for Richard Nixon, George H.W. Bush, George W. Bush and Ronald Reagan to discuss the risks from climate change. Some Republicans dispute the science of climate change and have worked to unravel Obama's steps to address it.

Action on Capitol Hill — where even a bland, bipartisan energy efficiency bill couldn't get passed in May — has been in a deep freeze.

The strategy was reminiscent of other high-profile hearings on climate change that created fanfare but resulted in little action. In March, Democrats staged an all-nighter on the Senate floor to talk climate change. In 2009, former Vice President Al Gore and former House Speaker Newt Gingrich sparred before a House committee over climate change. Climate scientist James Hansen in 1988 told the Senate the planet is warming and pollution is to blame.

The EPA chiefs' testimony apparently did little to bridge the divide. Coal miners packed the hearing to protest a plan to cut carbon dioxide pollution from power plants. Before any testimony, top Republicans on the Senate environmental panel said the rule would kill jobs for no environmental benefit.

That view contrasted sharply with the opinions of the four EPA administrators, who said the Obama administration had worked hard to make the proposal flexible and workable, using authority provided by Congress.

The former EPA administrators told lawmakers that global warming was similar to other serious environmental issues they confronted, such as industrial pollution, dangerous pesticides or water contamination. But tackling those issues enjoyed broad public support.

"Inherent in all of these problems was uncertain science and powerful economic interests resisting controls. The same is true of climate change," said William Ruckelshaus, the first EPA administrator under President Nixon and who also served under President Ronald Reagan. "In all of the cases cited, the solutions to the problems did not result in the predicted economic and social calamity."

The four EPA chiefs said that they are outliers among Republicans.

"There are Republicans that believe the climate is changing and humans have a role to play. They just need some political cover," said Christine Todd Whitman, the former New Jersey governor, who resigned her post in 2003 after conflicts with the White House of President George W. Bush on pollution rules.