Just two days after refusing a government request to recall 2.7 million older-model Jeeps, Chrysler has decided to do two other recalls totaling 630,000 vehicles worldwide. The automaker will recall more than 409,000 Jeep Patriot and Compass small SUVs across the globe from the 2010 and 2012 model years to fix air bag and seat-belt problems. 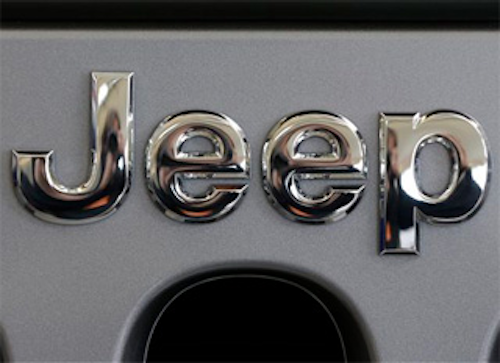 The automaker will recall more than 409,000 Jeep Patriot and Compass small SUVs across the globe from the 2010 and 2012 model years to fix air bag and seat-belt problems. It's also recalling 221,000 Jeep Wranglers worldwide from 2012 and 2013 to fix transmission fluid leaks, according to documents posted Thursday on the National Highway Traffic Safety Administration website.

In the Patriots and Compasses, a software error could cause late deployment of the side air bags and seat-belt tightening mechanisms, and that could cause injuries in rollover crashes. Dealers will repair the software for free starting in July.

For Wranglers with 3.6-liter V-6 engines, Chrysler says a power steering fluid line can wear a hole in the transmission oil cooler line. The SUVs can leak fluid, damaging automatic transmissions. Dealers will inspect the lines for free and replace them or install a protective sleeve. The recall begins in July.

No crashes or injuries have been reported in either case, Chrysler spokesman Eric Mayne said Thursday.

On Tuesday, Chrysler refused a request from NHTSA to recall 2.7 million older Jeep Grand Cherokee and Liberty SUVs, saying the vehicles are safe and met federal safety standards when they were built. The government, however, says the 1993-2004 Grand Cherokees and 2002-2007 Liberty models have fuel tanks that can leak and catch fire in rear-end collisions. The tanks are mounted behind the rear axle, which NHTSA says is a design flaw.

Refusing a recall is rare for an automaker, but Chrysler maintains that NHTSA's conclusions are based on flawed data. The company says it's still working with NHTSA to resolve the issue, but the matter could wind up in court.

The company previously refused a NHTSA request in 1996, when the agency asked it to recall 91,000 Dodge Stratus and Chrysler Cirrus cars for an alleged seat belt defect. NHTSA sued the company and won in federal court. But in 1998, an appeals court reversed the decision, saying NHTSA had unfairly held Chrysler to a new standard.

Chrysler says there are no safety defects with the older Jeeps. But Mayne said defects were identified on the newer Jeeps and the company responded accordingly.