China's government has ruled that U.S. government support to six American solar and wind power projects violates free trade rules, adding to strains between Beijing and its trading partners over renewable energy. The United States and China are the two biggest markets for renewable energy and have pledged to cooperate in developing technology. 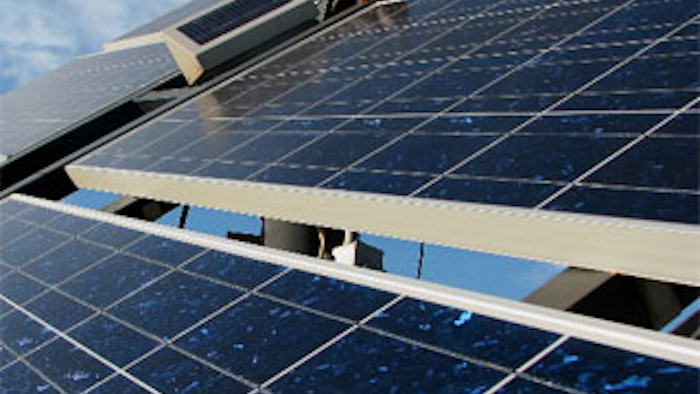 The United States and China are the two biggest markets for renewable energy and have pledged to cooperate in developing technology. They accuse each other of improperly supporting their own producers and obstructing foreign competitors.

The Commerce Ministry announcement Monday made no mention of possible penalties but called on Washington to stop the support that it said violates World Trade Organization rules.

Beijing is in the midst of a series of trade disputes with the United States and Europe over market access and government subsidies for solar, wind and other renewable energy industries.

Monday's announcement said U.S. government subsidies to wind, solar and hydro projects in Washington state, Massachusetts, Ohio, New Jersey and California acted as a barrier to imports but gave no details. It called on the U.S. government to give Chinese renewable energy products "fair treatment."

The Chinese probe was launched last November two weeks after Washington said it would investigate whether Beijing is inappropriately subsidizing its own makers of solar panels, allowing them to flood the U.S. market with low-priced products and hurt American competitors. The Commerce Ministry said it was acting on complaints by trade groups for Chinese producers of clean energy technology that said they were hurt by the U.S. policies.

Trade tensions over renewable energy are especially sensitive at a time when the United States and other Western economies want to boost technology exports to revive economic growth and cut high unemployment. Both China and the U.S. are promoting their own suppliers in hopes of generating higher-paid technology jobs.

In July, European manufacturers of solar cells asked the European Union to raise tariffs on imports of Chinese equipment that they say benefits from improper subsidies.

Beijing is investigating complaints that imports of polysilicon — the raw material for solar cells — from the United States and South Korea receive banned subsidies.