The U.S. government is taking advantage of the recent run-up in General Motors stock to sell off another 30 million shares in the auto giant that it acquired in a bailout. The Treasury Department said Wednesday that it will sell the shares, plus another 20 million owned by a United Auto Workers retiree health care trust, in a public offering after the market closes Thursday. 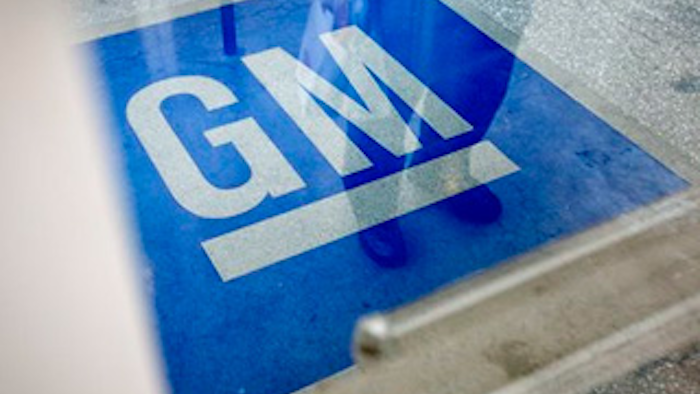 WASHINGTON (AP) — The U.S. government is taking advantage of the recent run-up in General Motors stock to sell off another 30 million shares in the auto giant that it acquired in a bailout.

The Treasury Department said Wednesday that it will sell the shares, plus another 20 million owned by a United Auto Workers retiree health care trust, in a public offering after the market closes Thursday.

It was unclear how the shares would be priced. A message was left for a Treasury Department spokesman.

GM shares were down 7 cents to $34.89 in premarket trading Wednesday. But they hit $35.49 on Tuesday, the highest point since December of 2010, according to FactSet.

The public offering will help accelerate the government's exit from owing GM stock, which it got in exchange for a $49.5 billion bailout in 2008 and 2009. Late last year the government still owned 500 million shares of the automaker, but GM bought 200 million shares for $5.5 billion in December and the Treasury pledged to gradually sell its remaining stake by early next year.

GM has longed for the government to exit partial ownership of the company, hoping to shed the derisive nickname "Government Motors," as well as attract customers who have shunned GM cars because it took government money. GM nearly ran out of cash late in 2008 and needed the government cash to make it through bankruptcy protection. While under government ownership, the company also falls under executive pay caps that it says hinder recruiting of top talent.

On Thursday, GM will replace H. J. Heinz Co. in the S&P 100 and 500 indices. The ketchup maker's acquisition by 3G Capital and Warren Buffett's Berkshire Hathaway is expected to be complete by then.

GM Chief Financial Officer Dan Ammann said in a statement that the company appreciates the chance to help with the sale, which was made possible by rejoining the S&P 500.

At the end of April, the latest report available, Treasury had recovered about $30.7 billion of the $49.5 billion bailout. That means that taxpayers are still $18.8 billion in the hole. So far this year, government has sold 58.4 million shares of GM stock and earned net proceeds of $1.6 billion. That left 241.7 million shares of GM stock still in government hands. That stock would have to sell for about $78 per share for the government to recoup its total bailout costs.

After Thursday's sale, the government would still own around 211 million shares, although it likely sold additional shares on the open market in May that haven't been disclosed yet.

GM shares hit a big milestone last month when they closed above a November 2010 initial public offering price of $33 for the first time in more than two years.

The company's stock has been gradually rising since early May, when it reported solid first-quarter earnings on robust sales in North America. It was helped by signs later in the month that falling auto sales in Europe may have reached the bottom. GM has lost money in Europe for more than a dozen years.

Shares of all automakers traded in the U.S. are showing double-digit gains this year.