Creating a quality product is hard work. For some companies, when a piece comes off a manufacturing line with the wrong imprint, a slightly scratched frame or a blemish, the flawed item is oftentimes designated for the recycling bin. America Recycles Day is Nov. 15

MILLS RIVER, NC — Creating a quality product is hard work. For some companies, when a piece comes off a manufacturing line with the wrong imprint, a slightly scratched frame or a blemish, the flawed item is oftentimes designated for the recycling bin.

At Mansfield Plumbing in Perrysville, OH, where more than a million toilets and sinks are crafted each year, millions of pounds of fired scrap and spent plaster molds are recycled annually. Instead of going into landfills, the material is used as road aggregate.

Additionally, the small-town facility is making a big difference by recycling 285,000 pounds of cardboard and cartons, 4,000 pounds of paper, 1,000 pounds of plastic and 5,200 wooden pallets each year. The company also saves about four million gallons of water a year through its water conservation program designed to reduce water usage by 10 percent at its manufacturing facility.

According to the environmental team at Mansfield Plumbing, the goal is to recycle and reuse as much raw material as possible. Along with being aggressive in recycling hard materials, the company also salvages the waste heat from its kilns and operates with gas consumption lower than industry standards. A lighting project designed to use wattage more effectively saves energy in the plant. 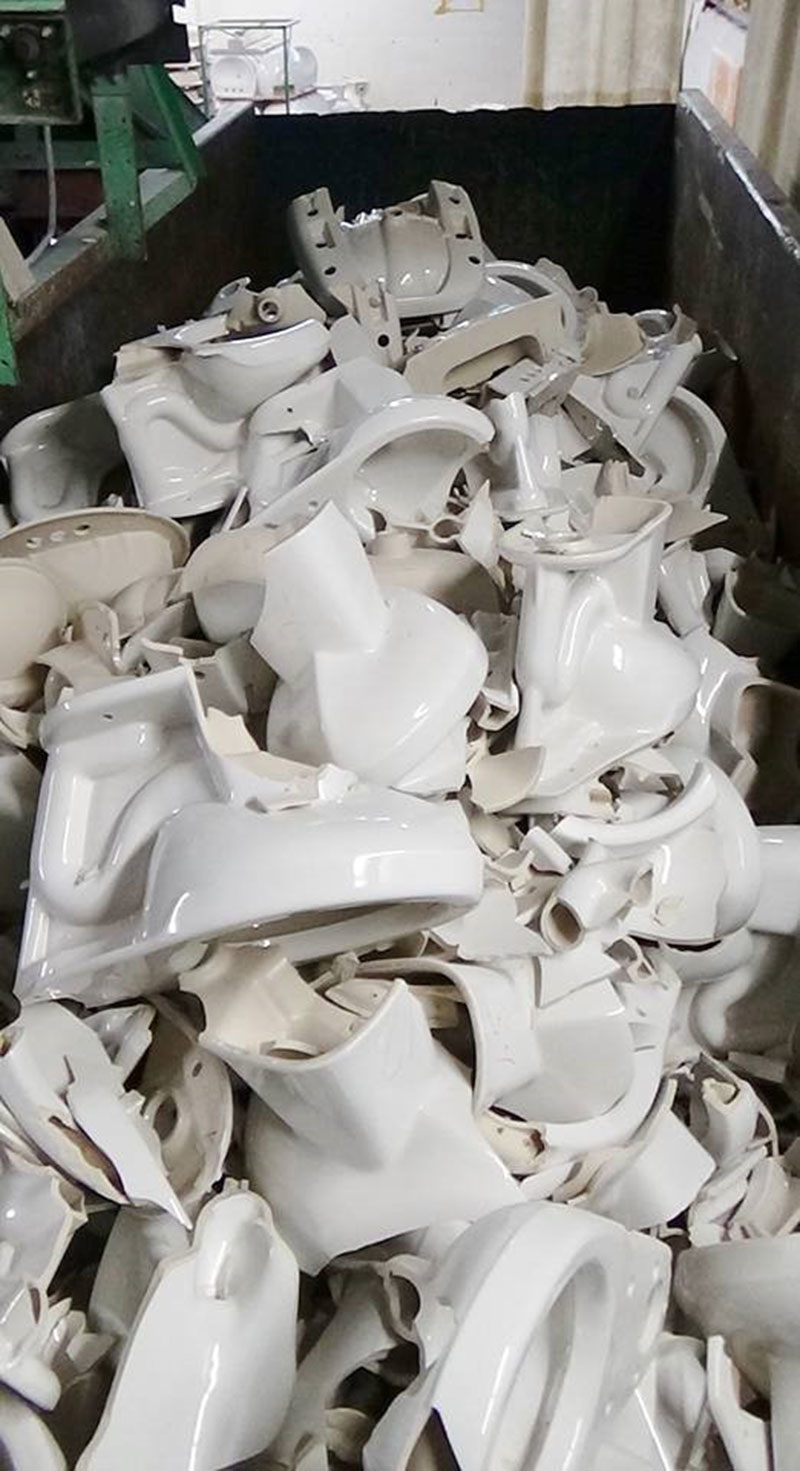 Another U.S. company making a positive environmental impact is DaVinci Roofscapes out of Lenexa, KS. The synthetic roofing manufacturer has recycled almost three million pounds of processed polymer in the last six years. The composite roofing tiles deemed below quality are segregated by color, ground up and then molded into starter shingles, which are generally unseen on the roof.

Why so much waste at the roofing manufacturer? Because each time the company "switches" to running a different color through their processing equipment (and they offer 50 standard colors options) there's a transition between the colors. Those transition tiles are off spec and are recycled.

"Since every roofing tile we create is 100 percent recyclable, our operations are extremely environmentally-friendly," says Bryan Ward, vice president of operations at DaVinci Roofscapes. "In 2016 we accelerated our commitment to recycling by investing in a new grinding recycling system that handles purge (large melted chunks of polymer that can weigh approximately 50 pounds each) as well as off spec product."

Ward's company takes recycling a step further — by encouraging roofers to return unused tiles from project jobsites to the company for recycling. DaVinci even pays for the cost of returning the tiles within a 500-mile radius of their Kansas plant.

"Why should a roofer throw tiles into the landfill when we have a good way to recycle them?" says Ward. "Just by offering this easy program we're able to reuse more than 5,000 pounds of polymer tiles each year that come back to us."

According to the U.S. Environmental Protection Agency (EPA), in 2013 Americans generated about 254 million tons of trash. About 34.3 percent of this material was recycled. Thanks to smart recycling efforts taking place daily at facilities such as DaVinci and Mansfield, that number is growing and the amount of waste being sent to landfills is being reduced.