Orders to U.S. factories edged higher in August, with a key category that tracks business investment plan rising for a third straight month. 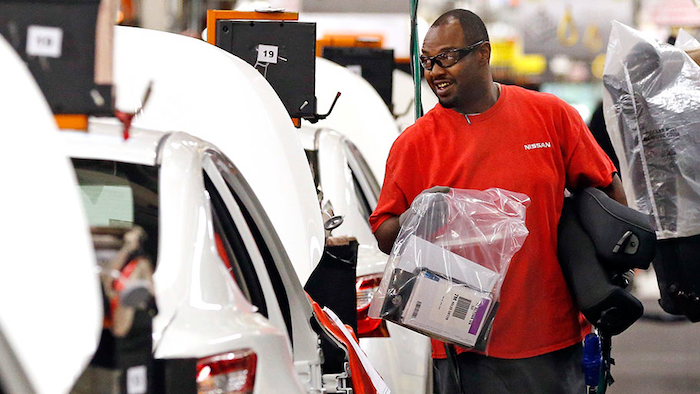 Factory orders increased 0.2 percent in August after a much larger 1.4 percent gain in July, the Commerce Department reported this week. However, the overall figure was heavily influenced by a swing in the volatile commercial aircraft category, which had jumped 72.9 percent in July but declined 22.7 percent in August. 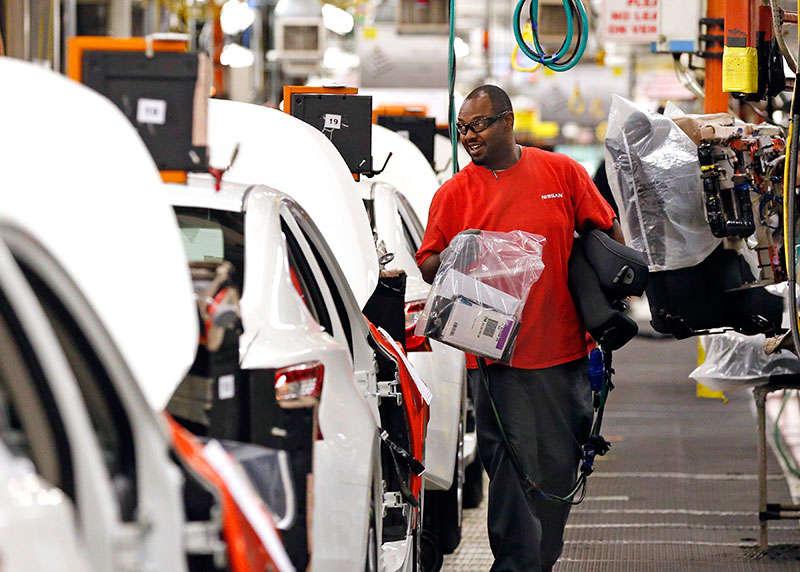 In this April 6, 2016, photograph, a technician carries installation supplies along the assembly line at the Nissan Canton Vehicle Assembly Plant in Canton, Miss. On Wednesday, Oct. 5, 2016, the Commerce Department reports on U.S. factory orders for August. (AP Photo/Rogelio V. Solis)