About 300 people are expected to lose their jobs. 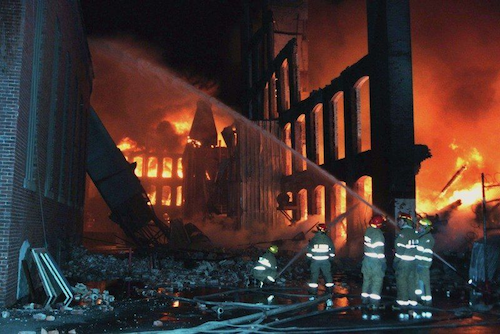 LAWRENCE, Mass. (AP) — The owner of a Massachusetts Polartec textile factory that made national news 20 years ago when the former owner continued paying workers after a catastrophic fire has announced it is moving manufacturing out of state.

About 300 people are expected to lose their jobs.

Friday is the 20th anniversary of the fire at the Malden Mills plant in Lawrence.

Now known as Polartec LLC, the company announced Thursday it would move manufacturing to plants in New Hampshire and Tennessee. The company plans to keep headquarters and research and development in Lawrence.

Former CEO Aaron Feuerstein, hailed as a hero when he continued paying workers as he rebuilt after the 1995 fire, called the decision a "disgrace."

Polartec said the move was necessary because of "market pressure" and unused space in Lawrence.