Consumers Want 'Natural' Foods, But What Does That Even Mean?

Consumers are increasingly turning to healthier food choices by avoiding food dyes and additives and instead choosing "natural" foods. But after years of debate, there is still no generally accepted definition of a "natural" food product. 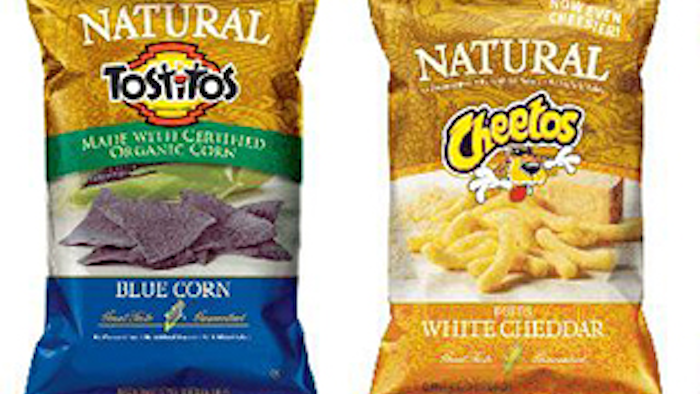 In today's world, consumers are increasingly turning to healthier food choices. Food dyes and additives are becoming more unappealing as the media churns out new studies of how it can negatively effect health. So in response, more and more shoppers are choosing "natural" foods.

But after decades of debate, there is still no generally accepted definition of a "natural" food product. According to a new study in the Journal of Public Policy & Marketing, regulatory agencies have refused to settle the issue but may now be under new pressure from consumer lawsuits.

In a recent blog published on our sister site, Chem.info, Editor Meagan Parrish discusses how big food companies, like Nestle and Hershey's, have announced they'd be ditching artificial additives from its product lines in hopes to align their current recipes with consumers' ever-changing habits.

But while many consumers believe that "natural" should have a place in their diets, do they even know what that means?

"Consumers don't agree on a definition, yet clearly believe that 'natural' is important," Ross D. Petty, author of the study, said. "In 2009, 30 percent of newly launched foods claimed to be natural, but by 2013 this dropped to 22 percent, possibly due to an increase in the number of consumer lawsuits. Lawyers are increasingly willing to take cases which regulatory agencies have abandoned."

Since there aren't currently any regulations to fall back on, consumers have resorted to legal action and have begun petitioning the FDA in 2001 to take action against so-called "natural" food products that hid such ingredients as genetically modified foods.

While natural food lawsuits have not gained much legal traction, Petty explained they do still encourage marketers to drop the claim or reformulate their products to avoid future litigation.

These issues date back to 1977, when the FDA required that artificial flavors be identified on all food labels, but refused to offer its own definition of "natural." In 2014, federal district courts began questioning the legality of promoting genetically modified ingredients as natural, but the FDA declined to given an opinion.

A well-known example was the "Sugar Wars," when the Sugar Association and Equal sued Splenda for claiming it was natural. Splenda resisted, and as of April 2014, no natural community class action lawsuit has actually gone in to trial.

"Perhaps this will persuade the FDA or FTC to consider creating, finally, a definition for the meaning of natural," Petty concluded.