A new study released just days after the U.S. House passed a bill that would prevent states from requiring labels on genetically modified foods reveals that GMO labeling would not act as warning labels and scare consumers away from buying products with GMO ingredients.

A new study released just days after the U.S. House passed a bill that would prevent states from requiring labels on genetically modified foods reveals that GMO labeling would not act as warning labels and scare consumers away from buying products with GMO ingredients.

The study, presented at the annual conference of the Agricultural and Applied Economics Association, held in San Francisco on July 27, relies on five years of data (2003, 2004, 2008, 2014 and 2015) and includes 2,012 responses to a representative, statewide survey of Vermont residents. It focuses on the relationship between two primary questions: whether Vermonters are opposed to GMO's in commercially available food products; and if respondents thought products containing GMO's should be labeled.

Results showed no evidence that attitudes toward GMO's are strengthened in either a positive or negative way due to a desire for labels that indicate the product contains GM ingredients. On average across all five years of the study, 60 percent of Vermonters reported being opposed to the use of GMO technology in food production and 89 percent desire labeling of food products containing GMO ingredients. These numbers have been increasing slightly since 2003. In 2015, the percentages were 63 and 92 percent, respectively.

Responses varied slightly by demographic groups. For example, given a desire for positive GMO labels, opposition to GMO decreased in people with lower levels of education, in single parent households, and those earning the highest incomes. Opposition to GMO increases in men and people in the middle-income category. No changes were larger than three percentage points.

"When you look at consumer opposition to the use of GM technologies in food and account for the label, we found that overall the label has no direct impact on opposition. And it increased support for GM in some demographic groups, " said Jane Kolodinsky, author of the study and professor and chair of the Department of Community Development and Applied Economics at the University of Vermont. "This was not what I hypothesized based on the reasoning behind the introduction of The Safe and Accurate Food Labeling bill. We didn't find evidence that the labels will work as a warning."

Proponents of the U.S. Senate-bound bill, which if enacted would nullify Vermont's GMO labeling law that has yet to take effect, argue that mandating labels on foods containing GMOs is misleading, because it suggests to consumers that GMOs are somehow risky to eat. Rep. Peter Welch, D-Vt., co-sponsor of the Genetically Engineered Food Right-to-Know Act, disagrees, saying last week that, "the consumer can decide whether he or she wants to purchase that product. It's the market that ultimately decides."

Paul Burns, executive director of the Vermont Public Interest Research Group (VPIRG), said the GMO labels that Vermont's law would require were never intended to be a warning, and that Kolodinsky's study demonstrates that they will not act as such. "But they will provide important information so that consumers who have legitimate health or environmental concerns about GMOs can make informed purchasing decisions," he added.

In her presentation in San Francisco, "An Investigation of the Endogeneity of Attitudes Towards Genetic Modification and Demand for GM Food Labels," Kolodinsky said the findings provide evidence, that in Vermont, GMO food labels would provide consumers with information on which to base their purchasing decisions. Consumers who wish to avoid GMO ingredients would do so, she added, and those who either want GMO ingredients or are indifferent can also make that choice. "The label would not signal to consumers that GMO ingredients are inferior to those produced using other agricultural production methods," she said.

"We need more evidence to determine which position is correct," Kolodinsky said at the conference. "This study adds to the GM labeling evidence by showing that, in the only U.S. State that has passed a mandatory positive GM labeling law, the label will not act as a 'warning label.' When only the label is considered, it has no impact on consumer opposition. And there is some evidence that the label will increase consumer confidence in GM technology among certain groups." 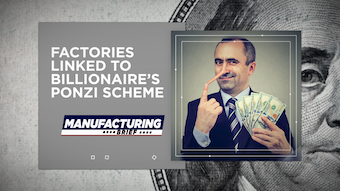 The scheme could be "the biggest case of money laundering in history."
Oct 26th, 2021 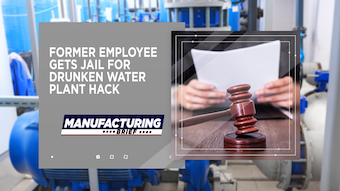