The Hershey Company will showcase the most advanced 3D chocolate printer in the world at a confectioners' conference in Chicago this week. 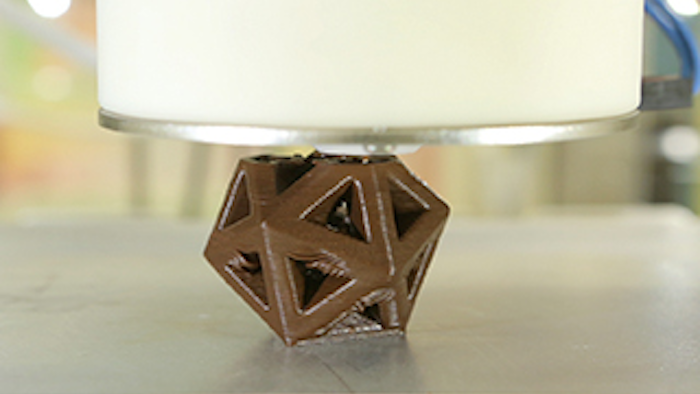 The Hershey Company will showcase the most advanced 3D chocolate printer in the world at a confectioners' conference in Chicago this week.

The chocolate company debuted the printer, built in partnership with South Carolina-based 3D Systems, last year at its Pennsylvania headquarters. The mechanism can form intricate designs that would not be possible with traditional molding techniques.

"There’s a lot of opportunity for us to make that exactly the way you want it,” Hershey senior marketing manager Jeff Mundt told the Chicago Tribune. "Consumers want their things custom.”

The upgraded version will be on display at the Hershey booth during the National Confectioners Association’s annual Sweets & Snacks Expo. It will then travel to the company's Hershey’s Chocolate World campus to become part of a permanent exhibit.

Hershey also plans to promote its Brookside Fruit & Nut Bars and its Snack Bites and Snack Mixed combinations that will launch in August. Hershey previously announced plans to make its flagship milk chocolate bars and Hershey’s Kisses with a simpler mix of ingredients.

The expo will also mark the debut of Krave beef jerky after Hershey acquired the California company earlier this year.