Liquor Producers Log On to Get Into the Social Media Spirit

Want your martini shaken not stirred? How about streamed to your mobile device? Looking for more dynamic ways to communicate with customers — particularly millennials — spirits producers are increasingly tapping into the virtual world to cross the digital divide between their message and your mouth. 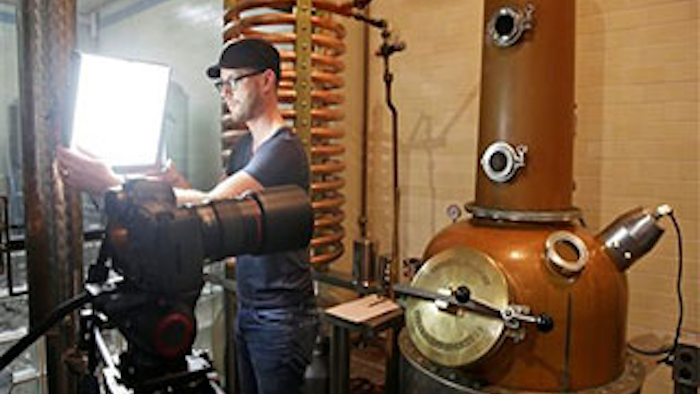 SAN FRANCISCO (AP) — Want your martini shaken not stirred? How about streamed to your mobile device?

Looking for more dynamic ways to communicate with customers — particularly millennials — spirits producers are increasingly tapping into the virtual world to cross the digital divide between their message and your mouth. Think less big ad campaigns aimed at hundreds of thousands of consumers, more guy walks into a bar and engages with a hundred or so people with a live streamed cocktail seminar.

And that's changing the game for players big and small.

"We're in the most innovative time in human history," says Alan Kropf, director of education at Anchor Distilling Co. in San Francisco. "It's created really exciting opportunities for a small player like Anchor Distilling Co. to scale and really get a share of the national conversation. We are much louder than we should be for a company our size."

Set on sunny Potrero Hill, Anchor Distilling, producer and importer of premium spirits, has all the usual booze making equipment you'd expect to find. What you might not expect? Their fully-equipped studio churning out podcasts, documentaries and other digital messages aimed directly at consumers, no middleman required.

Meanwhile, Patron tequila is relying on a whole new dimension to reach customers — the third dimension.

The company has outfitted consumers at some events with Oculus 3-D technology, headsets that play the "Art of Patron Virtual Reality Experience," a you-are-there 360-degree tour of their distillery in the highlands of Jalisco in Mexico. The video — which can be viewed old school at http://www.patrontequila.com/our-story/oculus.html — shows the full tequila making process from the agave to the bottle and combines live-action film with CGI animation using footage shot by a custom drone equipped with seven GoPro cameras.

Laphroaig — maker of scotch whisky — is using digital media to show customers it cares what they think, good or bad. The company created the OpinionsWelcome hashtag-driven social media campaign to solicit feedback on its distinctively peaty product. They then displayed some of the resulting tweets on a warehouse wall at the Scottish distillery, tweeting photos and videos of the projections back to the fans. Later this year the company will live stream a celebration of its 200th anniversary.

And Maker's Mark engaged with the Reddit community during the 2014 Kentucky Derby, inviting users to create bourbon-inspired horse names. Instead of trying to push brand content to the community by way of conventional banner ads, Maker's hosted Reddit's first real-time home page takeover, updating ads and threads throughout the day to show the progression of the virtual race for a name. The discussion thread drew more than 1,000 comments, well past expectations.

But not everyone is ready to swim in the new social media streams.

"Like many industries, there's a divide between marketing strategies and the adoption of new technologies," says Josh Rubin, founder and editor-in-chief of Cool Hunting, a publication covering design, technology and culture. "I've seen a few brands experimenting with live streaming and alternative social media, but others are slower to adopt. Perhaps they're waiting to see what will deliver a guaranteed engagement before jumping in."

Among those willing to give the new tech a go is The Macallan. Earlier this year, Rubin co-hosted (with brand ambassador Craig Bridger) the scotch producer's first live streamed tasting to the company's Twitter followers.

In a mocktail-cocktail mashup, juice company Bolthouse Farms teamed with bartenders in Los Angeles for a summer series of cocktail sessions streamed live on the video apps Periscope and Meerkat. Playing into the Twitter hashtag "Thirsty Thursdays," the sessions were run on Thursdays in June and July, engaging hundreds of people who watched the bartenders create alcoholic and non-alcoholic cocktails.

"There was no script. There was no advertising message. It was just all raw, honest and real," says Pamela Naumes, senior director of brand engagement for Bolthouse Farms.

Based on the success of the cocktail series, the company is thinking about trying more live streaming experiments.

"That is the new way that brands connect with consumers today," says Naumes. "It's not about paying our way into their hearts and minds through a banner ad or TV ad. It's about these engagements and giving them real access and talking to them in real time."