Amazon.com is adding its hometown to the roster of cities with available Prime Now rapid delivery service. But the expansion of the program to Seattle and three nearby suburbs will also reportedly include alcoholic beverages for the first time. 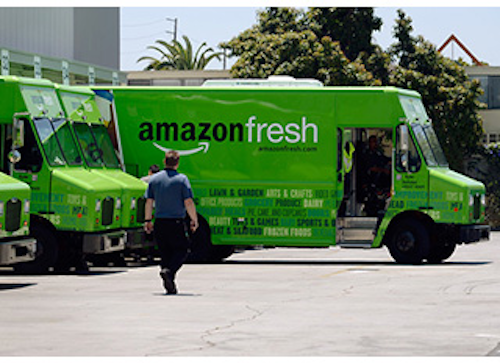 Amazon.com is adding its hometown to the roster of cities with available Prime Now rapid delivery service.

But the expansion of the program to Seattle and three nearby suburbs will also reportedly include alcoholic beverages for the first time.

Members who enroll in the service for $99 per year can receive free delivery of selected items within two hours between 8 a.m. and midnight. For an additional $7.99, members can receive their items in one hour.

The service includes thousands of items from paper towels to food products to electronics, but Seattle-area customers will also be able to order beer, wine and liquor.

“Customers love the convenience of one-hour delivery and we’re excited to bring Prime Now to our hometown customers in Seattle and surrounding areas," Prime Now director Stephenie Landry said in a statement.