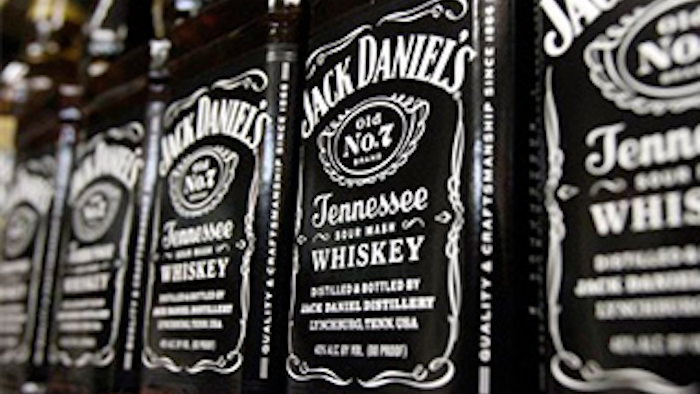 The company also behind the Southern Comfort and Finlandia brands said accelerating growth in U.S. and favorable fourth-quarter comparisons keep it on track to reach its full-year outlook for underlying sales.

"Premiumization trends and innovation have played key roles in driving our outperformance over the last few years and we look to introduce new expressions, over time, that we believe can help us deliver sustainable long-term growth," Morreau said.

The Louisville, Kentucky-based company reported net income of $186 million, or 87 cents per share, for the third quarter ended Jan. 31. A year ago, net income was $177 million, or 82 cents per share. The results met Wall Street expectations, according to the consensus of seven analysts surveyed by Zacks Investment Research.

The company posted net sales of $1.1 billion for the just-ended quarter, up 1 percent from a year ago.

The company's underlying net sales in the U.S. grew by 7 percent in the nine months, fueled by demand for its flagship Jack Daniel's products, it said.

Those same net sales rose by 6 percent during the period in emerging markets, led by double-digit growth in Turkey, Brazil, Indonesia, Ukraine and sub-Saharan Africa.

Underlying net sales growth was 4 percent in developed markets outside the U.S., it said. Strong-performing markets included the United Kingdom, France and Canada, while Germany and Italy delivered more modest gains. Australia's results were down slightly due to weak economic conditions and competitive pressures.

Performance was mixed among Brown-Forman's other leading spirits brands. Net sales for Finlandia vodka products fell 9 percent when excluding currency swings for the nine months, the company said. Net sales for the Southern Comfort brand dropped by 5 percent in the period.

Sales for Herradura grew by 19 percent on the same underlying basis, led by big gains in the U.S. and Mexico, while sales for the el Jimador tequila lineup rose by 4 percent.

Its shares slipped 16 cents to $90.05 in midday trading Wednesday.

Elements of this story were generated by Automated Insights (http://automatedinsights.com/ap) using data from Zacks Investment Research. Access a Zacks stock report on BF.B at http://www.zacks.com/ap/BF.B