General Mills plans to sell its Green Giant brand of canned and frozen vegetables line this summer, according to a report from Reuters. 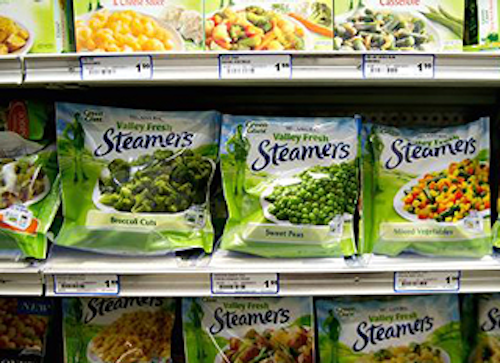 General Mills plans to sell its Green Giant brand of canned and frozen vegetables line this summer, according to a report from Reuters.

Green Giant, acquired by General Mills along with Pillsbury in 2001, offers more than 160 products and generates some $700 million in revenue.

Demand for General Mills' shelf and frozen foods, however, lagged as consumers sought out products perceived as healthier. The company saw both profits and sales fall in its December quarterly report.

The Minnesota-based company remains in the midst of substantial restructuring--including plant closings and hundreds of layoffs--in efforts to keep up with smaller competitors. The company also acquired organic food company Annie's for $820 million last year.

General Mills and investment bank Rothschild, which is working with the company on the sale, didn't comment on the report.