General Mills says that it has completed a plan to eliminate about 800 positions. The maker of Cheerios cereal, Yoplait yogurt and other packaged foods also reported mixed results for its fiscal third quarter as a stronger dollar pressured sales. 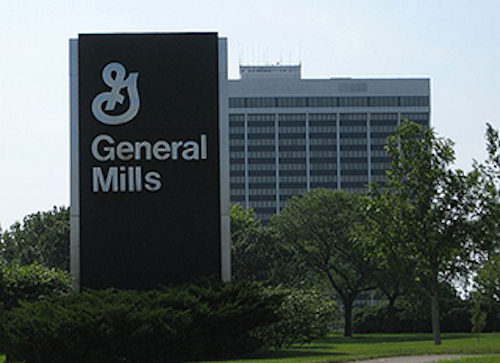 MINNEAPOLIS (AP) — General Mills says that it has completed a plan to eliminate about 800 positions. The maker of Cheerios cereal, Yoplait yogurt and other packaged foods also reported mixed results for its fiscal third quarter as a stronger dollar pressured sales.

The company also has a restructuring plan called Project Century. As part of that plan, General Mills is reducing its refrigerated dough capacity and exiting its Canada and New Albany, Indiana, facilities. The plants support its U.S. retail, international and convenience stores and foodservice supply chains. Exiting the Canadian plant will impact about 100 jobs, while exiting the Indiana facility will affect approximately 400 positions. The actions are anticipated to be completed by the end of fiscal 2018.

Project Century also includes the closing of a facility in Methuen, Massachusetts, that would eliminate about 250 positions, and exiting its Lodi, California facility, which would impact about 430 positions. All of those job cuts are expected to be completed by fiscal 2016's end.

General Mills previously announced in the first quarter that it planned to combine certain Yoplait and General Mills operational facilities within its international segment. That move is expected to impact about 240 positions. Those job cuts are anticipated to be completed by the end of fiscal 2016.

Earnings, adjusted for non-recurring costs and restructuring costs, came to 70 cents per share.

The results exceeded Wall Street expectations. The average estimate of seven analysts surveyed by Zacks Investment Research was for earnings of 67 cents per share.

General Mills maintained its fiscal 2015 forecasts, which includes the expectation that its adjusted earnings per share will grow by at a low single-digit percentage rate on a constant currency basis from the prior year's $2.82 per share.

Shares of the Minneapolis company fell 36 cents to $51.69 in Wednesday morning trading. Its shares are up about 2 percent over the past year.