Hershey's expansion into China hasn't been so sweet. The maker of Reese's peanut butter cups, Twizzlers licorice and other candies and chocolates said sales in China during the country's New Year holiday were weaker than it expected. 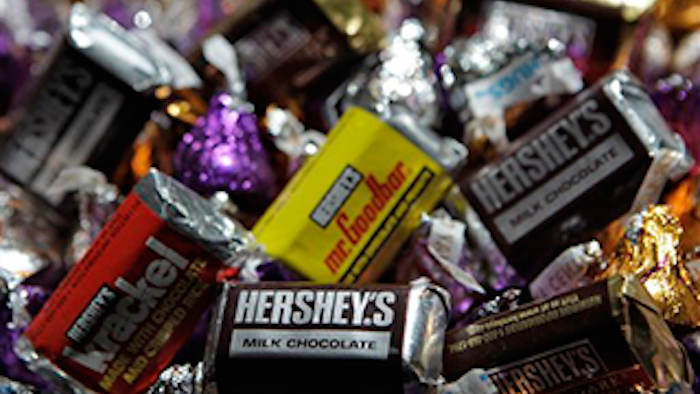 The maker of Reese's peanut butter cups, Twizzlers licorice and other candies and chocolates said sales in China during the country's New Year holiday were weaker than it expected. Sales in China fell 47 percent in its first quarter from the same period a year ago. That number excludes sales of Golden Monkey products, a Chinese food company that Hershey bought a controlling stake in late last year.

Hershey said a slowdown in China's economy is keeping people from buying its goods. It will expand into more Chinese cities and will increase taste tests in stores.

The Hershey, Pennsylvania-based company also posted disappointing financial results for its first quarter Thursday, and cut its sales growth outlook for the year.

It reported first-quarter earnings of $244.7 million, or $1.10 per share. Earnings, adjusted for non-recurring gains, were $1.09 per share. The average estimate of seven analysts surveyed by Zacks Investment Research was for earnings of $1.15 per share.

Hershey said it will be introducing new products this year, including Kit Kat White Minis and Hershey's Caramels. In March, Hershey bought jerky maker Krave in an effort to add protein to its product lineup.