Shares of the parent company of KFC, Taco Bell and Pizza Hut soared Friday after a prominent investor said he's taken a stake in the company thinks it could soon recover from years of trouble in China. 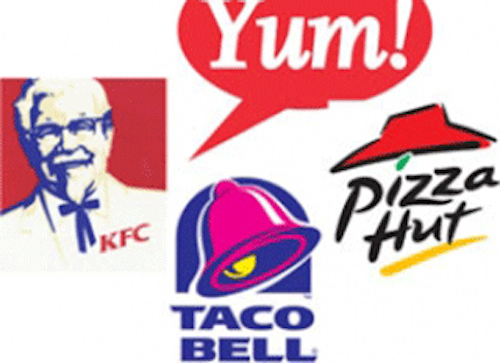 NEW YORK (AP) — Shares of the parent company of KFC, Taco Bell and Pizza Hut soared Friday after a prominent investor said he's taken a stake in the company and thinks it could soon recover from years of trouble in China.

The letter from Daniel Loeb's Third Point hedge fund to investors drove Yum shares to an all-time high of $90.73 early Friday. The stock settled down slightly and was up $3.58, or 4.2 percent, to $89.56 in morning trading.

Third-Point did not disclose specifics on its stake in the company.

Louisville, Kentucky-based Yum gets much of its revenue from China, where it is still recovering after a TV report allegedly showed one of its suppliers using expired meat. A bird-flu outbreak and competition have also hampered the company's efforts in China.

But, Third Point told investors that the KFC brand, with 75 percent of its units in China, still resonates with local customers. Also, management changes and recent quarterly profit results are encouraging.

"With China stabilizing and on the road to recovery, we see scope for significant earnings growth ahead as profits recover," Third Point said.

Yum said last week that sales at established stores in China fell 12 percent in the most recent quarter. That wasn't as bad as the 16 percent decline the quarter before.

"Our confidence in China is bolstered by improving sales and upward momentum in customer perceptions," CEO Greg Creed said in that quarterly report.

He added that China Division restaurant margins were a healthy 19 percent even though same-store sales declined 12 percent. The company also remained on track to open at least 700 new restaurants in China this year.