The country's second-largest turkey processor said the Faribault, Minn., plant will switch to a single shift for the foreseeable future. But plant manager Randy Vergin said the layoffs will be temporary and that the company intends to recall everyone when supplies return to normal. 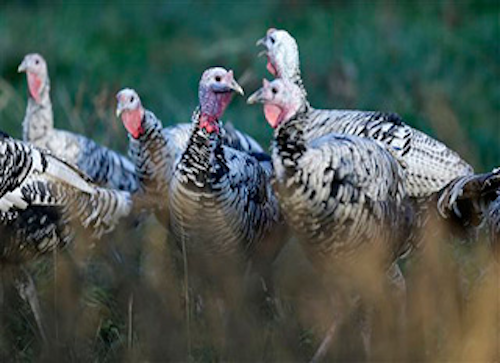 FARIBAULT, Minn. (AP) — Jennie-O Turkey Store said Tuesday it will lay off 233 employees at its processing plant in the southern Minnesota city of Faribault because of bird flu outbreaks that have cut its turkey supply.

In a statement, the country's second-largest turkey processor said the Faribault plant will switch to a single shift for the foreseeable future. But plant manager Randy Vergin said the layoffs will be temporary and that the company intends to recall everyone when supplies return to normal.

Gov. Mark Dayton told reporters he planned to discuss the situation with Jennie-O officials Tuesday. As of Tuesday, 82 turkey and chicken farms had been hit across Minnesota, costing them nearly 5.5 million birds.

The governor joined lawmakers for a turkey burger cookout during lunch on the state Capitol lawn to show their solidarity with producers and to remind consumers that turkey is safe to eat.

Willmar-based Jennie-O is a division of Austin-based Hormel Foods Corp. The outbreaks have hit more than 40 company-owned or contract farms in Minnesota and Wisconsin. Hormel said two weeks ago it will sell less turkey this year as a result and that it would provide more information when it reports its quarterly earnings May 20.