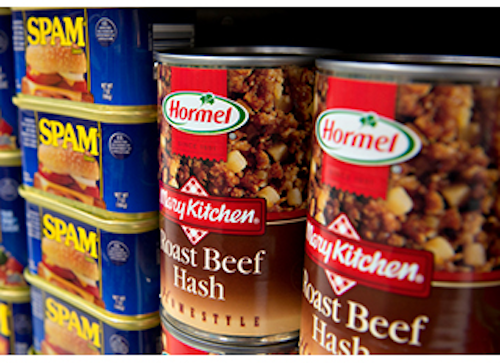 The announcement came after the stock markets closed on Tuesday. Hormel shares rose more than 3 per cent in aftermarket trading.

Applegate Farms sells deli meats, hot dogs, bacon and sausage, among other products, and says it doesn't use GMO ingredients, feeds its animals a vegetarian diet, treats them humanely, and doesn't use antibiotics, hormones, or artificial ingredients or preservatives. It is expected to have about $340 million in revenue in 2015.

The majority owner of the company is founder Stephen McDonnell, and the private equity firm Swander Pace Capital owns a minority stake. Hormel says the deal should close within 60 days, and after that, Applegate will be an independently operated unit of Hormel Foods Corp.'s refrigerated foods business.

Applegate is based in Bridgewater, New Jersey, and it has about 100 employees. Hormel said the McDonnell will work as an adviser and CEO Kerry Collins will keep her current role for a few months.

Hormel Foods Corp. is based in Austin, Minnesota, and reported $2.28 billion in revenue in its latest fiscal quarter.