McDonald's to Shrink in US, 1st Time in Decades

The burger chain that put "supersize" into the American vernacular is slimming down: For the first time in more than 40 years, and perhaps ever, McDonald's says the number of U.S. restaurants it has is shrinking. 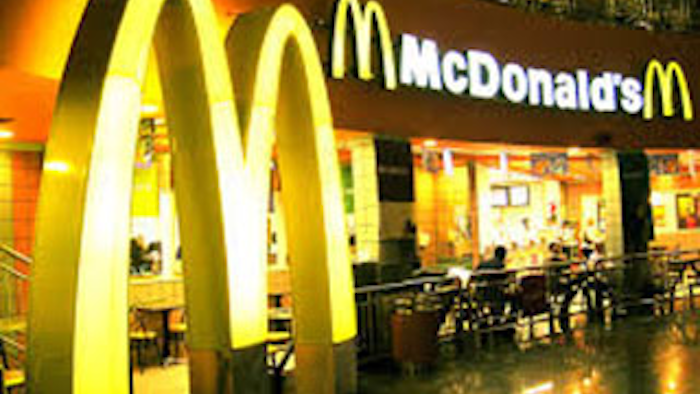 NEW YORK (AP) — The burger chain that put "supersize" into the American vernacular is slimming down: For the first time in more than 40 years, and perhaps ever, McDonald's says the number of U.S. restaurants it has is shrinking.

McDonald's plans to close more restaurants in the U.S. than it opens this year, according to the world's biggest hamburger chain. That hasn't happened since at least 1970, according to an Associated Press review of McDonald's regulatory filings.

Becca Hary, a McDonald's spokeswoman, declined to provide a specific figure but said the reduction would be "minimal" compared with its total of about 14,300 U.S. locations.

Still, the contraction is symbolic of troubles under the Golden Arches and how it's trying to regroup.

The company enjoyed rapid expansion for much of its history by offering consistent food at affordable prices. It even thrived during the recession, when its Dollar Menu drew in people trying to save money and new products like McCafe coffee drove up sales.

But since then, chains like Chipotle that market themselves as serving better food and ingredients have chipped away at McDonald's dominance. A new breed of "better burger" chains such as Five Guys Burgers and Fries is taking away customers, too.

"McDonald's is such an internally focused organization, it's a situation where you don't have a fresh perspective coming in," Gordon said.

McDonald's executives have also conceded that an overly complicated menu led to inaccurate orders and longer wait times, and that they failed to keep pace with changing tastes.

In April, McDonald's said it would close about 700 underperforming locations around the world this year, including in the U.S. CEO Steve Easterbrook, who stepped into the role on March 1, also later laid out plans to restructure the company to remove layers of bureaucracy and move more nimbly.

In any given year, some underperforming McDonald's restaurants will close. But previously, the number of closings has been outweighed by new restaurants that open.

The U.S. store closings will be a mix of franchised and company-owned locations, Hary said. She noted that the closings are part of a strategic review intended to set the stage for the future growth. The company did not provide a list of locations expected to close.

McDonald's Corp. has not reported an annual reduction in U.S. locations since at least 1970, according to archived filings with the Securities and Exchange Commission. For 1969, McDonald's did not include a U.S. store count in its annual report.

The company declined to comment on the last time it reduced its U.S. store base. But given the rapid expansion that characterized its early years, it's likely McDonald's hadn't pulled back since Ray Kroc founded the company in 1955.

SATURATION POINT OR ROOM TO RUN?

Closing weak stores isn't unusual for companies trying to turn around their fortunes. Starbucks CEO Howard Schultz shuttered hundreds of U.S. cafes after returning to head the company in 2008. Since then, the coffee chain has enjoyed healthy sales growth and expanded its footprint.

Mike Donahue, who served as McDonald's chief communications officer before leaving in 2006, said McDonald's hasn't necessarily reached its limit in the U.S.

"The only thing that stops growth is relevancy to the customer," said Donahue, who has since co-founded Lyfe Kitchen, a chain that positions itself as serving more wholesome food.

Even though it's closing locations, McDonald's easily remains the country's biggest hamburger chain. It still has more than twice as many restaurants as No. 2 Burger King, according to the industry tracker Technomic.

Among all fast-food chains, Subway has the most locations in the country with about 27,000 stores, though they do far less business than the typical McDonald's.

And McDonald's is still growing globally. It plans to add about 300 restaurants to its worldwide total of more than 36,000.

Donahue said that people were saying decades ago that McDonald's had reached its saturation point in the U.S. But within the company, he said there was always confidence that there was room to expand.

Even when McDonald's closed underperforming stores in the past, he said it would open new restaurants in better locations. The closings this year appear to be a way to strengthen its base of stores, he said.

"What they're doing is pruning the tree," he said.