Sysco Pulling Out of US Foods Buyout After FTC Move

Sysco is scrapping its proposed $3.5 billion buyout of US Foods after a Federal Trade Commission legal victory that temporarily blocked the deal to combine the two food-service companies. 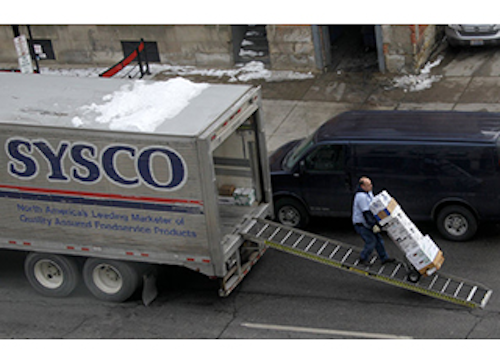 NEW YORK (AP) — Sysco is scrapping its proposed $3.5 billion buyout of US Foods after a Federal Trade Commission legal victory that temporarily blocked the deal to combine the two food-service companies.

The FTC opposed the deal, saying it would reduce competition by putting 75 percent of the national market for suppliers to restaurants and other food-service operations under the control of one company. The U.S. District Court in Washington, D.C., granted the halt on Tuesday.

The deal, announced in December 2013, was originally intended to close in 2014, but opposition from antitrust regulators delayed that.

"After reviewing our options, including whether to appeal the Court's decision, we have concluded that it's in the best interests of all our stakeholders to move on," said Bill DeLaney, Sysco president and CEO, in a statement.

DeLaney said the company will continue to pursue cost-saving opportunities and acquisitions. The company's board of directors has also approved an additional $3 billion in stock buybacks over the next two years to offset dilution from benefit and stock option plans.