McDonald's Profit Falls as Customer Traffic Slips in US

A dropoff in customers at its U.S. restaurants contributed to a 13 percent decline in McDonald's second-quarter profit. 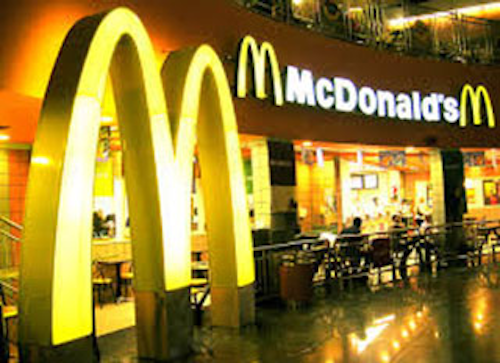 A dropoff in customers at its U.S. restaurants contributed to a 13 percent decline in McDonald's second-quarter profit.

The world's biggest burger chain said Thursday that sales fell 2 percent at established U.S. locations, as featured menu offerings and promotions failed to live up to expectations against competitors. It's the seventh straight quarterly decline in that figure.

The company didn't cite specific examples. But among its marketing efforts during the quarter were ads featuring its Hamburglar character, revamped as a grown man wearing a mask, black trench coat and a fedora with a yellow stripe. The character was used in ads for the chain's limited-time sirloin burgers.

Overseas, McDonald's said the sales figure rose 1.2 percent in Europe and fell 4.5 percent in the segment including Asia, the Middle East and Africa. On a global basis, the figure fell 0.7 percent.

Looking ahead, CEO Steve Easterbrook said the company is seeing early signs of momentum and that global sales at established locations are expected to be positive in the third quarter.

McDonald's, which has more than 36,000 locations around the world, is trying to regain its footing after seeing its profit sink 15 percent last year.

In the U.S., the company is up against changing eating habits and intense competition. Last week, Yum Brands said Taco Bell sales at established locations rose 6 percent for the quarter. The same figure rose 4.3 percent at burrito chain Chipotle and 2.9 percent at Dunkin' Donuts.

McDonald's has admitted it created some of its own problems, such as letting its menu get too complicated. That affected wait times and order accuracy.

To adapt, McDonald's is looking at ways to make its menu more flexible, such as serving popular breakfast items all day and letting people build their own burgers by tapping a touchscreen. It's also trying to improve perceptions about the quality of its ingredients, and started a campaign last year inviting people to ask questions about its food.

For the quarter ended June 30, the company earned $1.2 billion, or $1.26 per share. Analysts on average expected $1.23 per share, according to Zacks Investment Research.

Total revenue was $6.5 billion, ahead of the $6.45 billion Wall Street expected.