New York's Wage Board on Monday finalized its recommendation endorsing a $15 minimum wage for fast-food workers in chain restaurants. 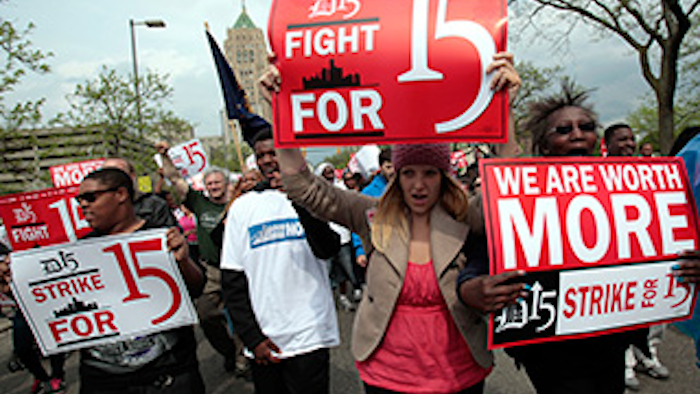 The formal step by the three-member board is necessary before Gov. Andrew Cuomo's labor commissioner can approve the increase. The commissioner, who also could make modifications, will have 45 days to act on the recommendation once he receives it.

Cuomo, a Democrat, supports the proposal, so it's unlikely that Acting State Labor Commissioner Mario J. Musolino will make many big changes.

The wage increase would apply to fast-food workers in restaurants with 30 or more locations. It would be phased in over three years in New York City and six years elsewhere. The first phase of the increase would take effect on Dec. 31, when the minimum wage for affected workers would go from $8.75 to $10.50 in New York City and to $9.75 in other areas.

Franchise owners say the increase unfairly singles out their industry and will force them to raise menu prices, cut employee hours or even replace workers with automation.

The increase won't apply to low-wage workers in other industries. The state's minimum wage is now $8.75 an hour and will increase to $9 at year's end.

Labor activists say the focus on the fast-food industry is justified because of its high numbers of low-wage workers. The increase is expected to put pressure on other industries to raise wages in order to prevent employees from fleeing to the higher wages in fast food.

An estimated 200,000 workers in New York will be directly affected by the increase.