Shares of Dean Foods skidded Monday after the milk company said its chairman had stepped down and then reported disappointing second-quarter sales. 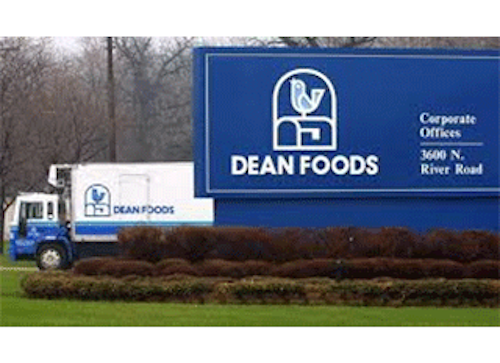 DALLAS (AP) — Shares of Dean Foods skidded Monday after the milk company said its chairman had stepped down and then reported disappointing second-quarter sales.

After the market closed on Friday, the Dallas-based company said Chairman Tom Davis had resigned from its board of directors. Dean Foods said Davis' departure was effective immediately and did not disclose a reason or name a replacement.

Davis, the CEO of investment firm Concorde Group, had been non-executive chairman of Dean Foods since May 2013 and has been a director since March 2001.

Before the market opened on Monday Dean Foods Co. reported second-quarter net income of $26.5 million, or 28 cents per share. It took a loss a year earlier. Excluding one-time items the company said it earned 33 cents per share. Its revenue fell 16 percent to $2.01 billion.

Analysts expected a profit of 26 cents per share and $2.08 billion in revenue, according to Zacks Investment Research.