SABMiller accepted in principle a takeover bid worth 69 billion pounds ($106 billion) from Anheuser Busch InBev in a deal that seeks strength in size: the combined company would control nearly a third of the global market. 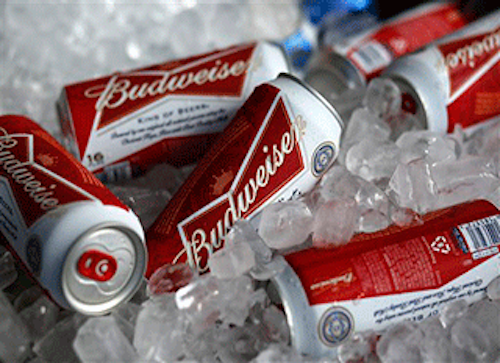 BRUSSELS (AP) — The world's biggest beer maker has clinched a deal to take over its nearest rival to stave off two key threats facing big name brands: the surge in popularity of craft brews and weakening sales in the rich markets of the U.S. and Europe.

SABMiller accepted in principle a takeover bid worth 69 billion pounds ($106 billion) from Anheuser Busch InBev in a deal that seeks strength in size: the combined company would control nearly a third of the global market.

Belgium-based AB InBev, already the world's biggest brewer, makes Budweiser, Corona, Stella Artois and Beck's. SABMiller, based in London, has Miller Genuine Draft, Peroni, and Milwaukee's Best among its 200 or so brands.

AB InBev's determination to close the deal — after five attempts — shows how established beer brands know they have to act to adapt shifting global tastes.

In rich countries, people are turning to locally brewed beers or other drinks like wine. Giulio Lombardi, senior director at Fitch Ratings, notes that in the U.S., craft beer sales account for 10 percent of beer volumes — against virtually nothing a few years ago. The same could soon apply in Europe, he said.

"The global beer market overall is largely flat and in some regions is declining as other beverages such as wine continue to penetrate," said John Colley, professor at Warwick Business School in England. "Micro brewers and their highly differentiated cask ales also continue to make progress."

In coming years, beer sales are expected to grow most in emerging economies in regions like Africa — where SABMiller has a strong presence.

The sheer size of Tuesday's deal, however, is likely to run into resistance from regulators, notably in the U.S. and China, amid concerns it could stifle competition and decrease choice for consumers. In the U.S., the Miller stable of beers are widely expected to have to be sold in the event of a deal.

How the companies' dominance might ultimately affect prices for consumers is unclear, but experts say it would give them more power to negotiate deals with suppliers, distributors and retailers.

The deal's success would also depend on the combined companies' ability to make savings through job cuts.

"AB InBev has both a reputation and demonstrable track record for being able to effectively extract these savings," said Colley.

He said to "expect substantial redundancies" over the coming year, potentially in head offices and country management teams.

Having dismissed previous proposals as undervaluing the company, the directors of SABMiller unanimously agreed to an offer that values each SABMiller share at 44 pounds. SABMiller's two biggest shareholders, Marlboro owner Altria and Colombia's BevCo would get both cash and shares for their combined 41 percent stake.

AB InBev has until Oct. 28 to come up with a formal offer. In that time, the two sides will work on the terms and conditions of the takeover as well as the financing of the deal.

The markets think the deal is now very likely and SABMiller's shares rose to near the bid price. They closed up 8.4 percent at 39.26 pounds in London. AB InBev's share price rose 1.7 percent to 100 euros in Brussels.

In statements, the two companies said the all-cash offer represents a premium of around 50 percent to SABMiller's share price on Sept. 14, the last trading day before renewed speculation of an approach from AB InBev emerged.

The new company is expected to be based in Belgium, AB InBev's current headquarters where there is a beer tradition reaching back to the Middle Ages.

AB InBev has agreed to pay $3 billion to SABMiller if the deal does not close because of failure to get the approval of regulators or AB InBev shareholders.

Most analysts think that the geographical diversification of the two companies is such that there will not be so much overlap to force regulators into scrapping the deal outright.

"Approval will be a bit of a challenge but easier than it would be for most deals of this size," said Erik Gordon of the Ross School of Business at the University of Michigan.

The global market share of AB InBev and SABMiller together would be about 31 percent — dwarfing the 9 percent of the Heineken, the next closest competitor.

Regulators could force the companies to sell some brands. Many analysts think that the merged company will be compelled to sell the Miller line of beers in the U.S. At present, those beers are parked in a joint venture with Molson Coors in which SABMiller owns a 58 percent stake. SABMiller's joint venture in China — CR Snow — with China Resources Enterprise is also tipped to go.

"The problem jurisdictions will be the U.S. and China. The Miller-Coors venture in the U.S. probably will be unwound and some assets will be divested in China," Gordon said.

Following Tuesday's announcement, Fitch reiterated that it may downgrade its credit rating on AB InBev. Lombardi warned that the $125 billion in debt that the company would have would be a lot given the market is getting tougher in the developed and the developing worlds.

"There's definitely going to be a downgrade," said Lombardi.

Lombardi conceded the deal is "great" in terms of its scope for savings, but that he is "mindful of the challenges big brewers face."