A new study reports that some oat-based breakfast cereals in the U.S. contain a mold-related toxin called ochratoxin A (OTA) that's been linked to kidney cancer in animal studies. The findings could have implications for consumer health. 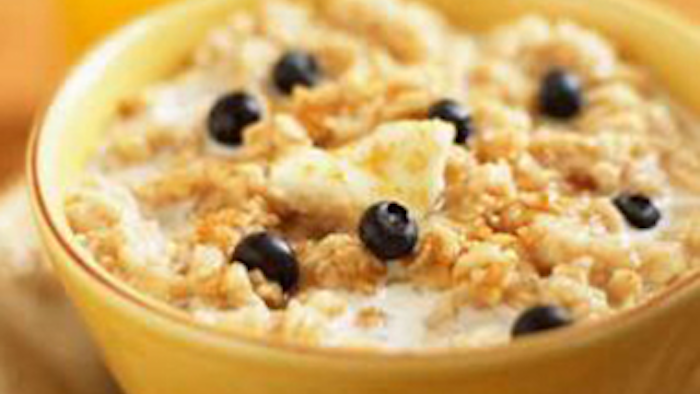 Oats are often touted for boosting heart health, but scientists warn that the grain and its products might need closer monitoring for potential mold contamination. They report in ACS'Journal of Agricultural and Food Chemistry that some oat-based breakfast cereals in the U.S. contain a mold-related toxin called ochratoxin A (OTA) that's been linked to kidney cancer in animal studies. The findings could have implications for consumer health.

Dojin Ryu and Hyun Jung Lee note that OTA is one of the most common toxic products released by molds in the world. Previous studies have found the toxin in samples of pork, dried fruits, wine, coffee and other products. Scientists don't yet know how the toxin affects human health, but the International Agency for Research on Cancer, which is part of the World Health Organization, classifies it as a possible human carcinogen. Animals exposed to OTA in experiments developed kidney tumors. Although the U.S. doesn't currently regulate the contaminant, the European Union has set maximum limits for OTA in food. Ryu and Lee wanted to see how U.S. breakfast cereals -- a staple in many Americans' diets -- measured up to that standard.

The researchers tested close to 500 samples of corn-, rice-, wheat- and oat-based breakfast cereals purchased from U.S. stores over two years. They found that in most samples, OTA levels were lower than the European threshold. But concentrations exceeded the EU standard in 8 percent of oat-based breakfast cereal samples. The researchers conclude that oat production, storage and processing need careful review to better protect consumer health.

The authors acknowledge funding from the U.S. Department of Agriculture National Institute of Food and Agriculture.

The American Chemical Society is a nonprofit organization chartered by the U.S. Congress. With more than 158,000 members, ACS is the world's largest scientific society and a global leader in providing access to chemistry-related research through its multiple databases, peer-reviewed journals and scientific conferences. Its main offices are in Washington, D.C., and Columbus, Ohio.