Canada's chief veterinary officer says some cattle associated with the investigation into a case of mad cow disease in Alberta were slaughtered over the last few years and entered the human food chain. 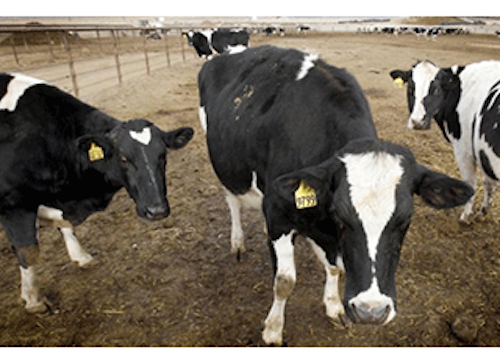 EDMONTON — Canada's chief veterinary officer says some cattle associated with the investigation into a case of mad cow disease in Alberta were slaughtered over the last few years and entered the human food chain.

But Dr. Harpreet Kochhar said consumers are not at risk because of Canada's bovine spongiform encephalopathy safeguards.

"There is no food safety concern here because any of these animals would have been slaughtered and the specified risk material, which is the material which actually harbours prions, (would) have been removed completely — and that is because of the enhanced feed ban," Kochhar said in an interview.

"And none of the animals, if they had ever shown any symptoms, would have been brought to the slaughterhouse because of other controls like surveillance."

BSE is a fatal and untreatable wasting disease of the brain and nervous systems. It is caused by rogue proteins called prions, which can be spread through contaminated feed. Humans who eat infected beef can develop a fatal disease called variant Creutzfeldt-Jakob disease. Fewer than 250 human cases have been reported worldwide.

Last week, a report posted on the World Organisation for Animal Health website indicated that 317 cattle out of 750 associated with the BSE investigation had been slaughtered.

The information about the BSE cow's so-called "birth cohort" was submitted to the Paris-based organization, also known as the OIE, by the Canadian Food Inspection Agency.

The numbers refer to cattle born within one year of the BSE cow's March 2009 birth. Both numbers have since been removed from the OIE website.

Kochhar said the posting was an initial draft and the slaughter number was not correct. He said the final number could be higher.

Kochhar said the 750 number was "approximately right within 95 per cent confidence."

Investigators are still working to confirm both totals, which will be submitted to the OIE, he said.

OIE spokeswoman Catherine Bertrand-Ferrandis said the numbers were accidentally posted on the web due to a computer glitch and were later removed because they are not yet considered to be official by the Canadian government.

She said that the OIE hopes to receive a followup report from Canada in the coming days.

The beef breeding cow with BSE was discovered last month on a farm near Edmonton and was born on a nearby farm.

Another cow born on the same farm in 2004 tested positive for the disease in 2010. No parts of the BSE cows got into human or animal food, the agency has said.

Kochhar said in a typical BSE investigation, up to half of the cattle involved have already been slaughtered.

Another 10 per cent are still alive, about 10 cent have been exported and 10 per cent can't be traced, he said. The rest would have died for different reasons.

Investigators continue the complex task of checking cattle born on the farm and which may have been exposed to the same feed as the BSE cow.

Kochhar said records suggest that other cattle had access to the same feed, but it is too early to say how many.

A typical BSE investigation takes about six months before a final report can be submitted to the OIE, he said.