The Missouri Department of Agriculture said that avian influenza has been found at a facility in central Missouri's Moniteau County that houses 21,000 turkeys. On Sunday, the state also said bird flu had been confirmed at a turkey farm in Jasper County. 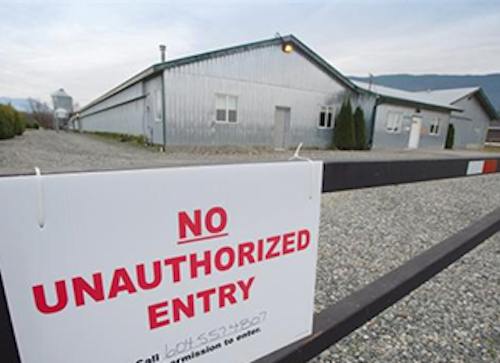 ST. LOUIS (AP) — A bird flu deadly to poultry has been confirmed at a second turkey farm in Missouri, and state agriculture leaders are making efforts to stop the spread of the virus.

The Missouri Department of Agriculture said late Monday that avian influenza has been found at a facility in central Missouri's Moniteau County that houses 21,000 turkeys. On Sunday, the state said bird flu had been confirmed at a turkey farm in Jasper County in southwest Missouri, where 30,100 birds are housed.

The strain of flu in Jasper County is H5N2, the same that has been confirmed in Washington, Oregon, Idaho and Minnesota. Testing on the strain at Moniteau County is not complete, state agricultural officials said Tuesday.

The bird flu virus is carried by wild waterfowl that aren't sickened by it and human infections are highly unlikely, Missouri Department of Agriculture director Richard Fordyce said. There have been no known human cases of avian flu, and officials say it is not a threat to the food supply.

Still, there is a potential economic impact if other countries ban the import of turkeys from Missouri, which is the fourth ranked state for turkey production in the nation, according to Iowa State University's Agricultural Marketing Resource Center.

Earlier this month, more than 40 countries banned poultry imports from Minnesota after the H5N2 strain was reported there, jeopardizing up to about $100 million in exports for Minnesota, the nation's largest producer of turkeys.

Missouri regulators and farmers are taking extra precautions to halt the disease. All the remaining turkeys at both facilities where the flu was detected will be killed.

The state agriculture department is testing turkeys at farms within 6.2 miles of where the flu was found. There are no other commercial producers near the Jasper County location, but 18 producers are within range of the Moniteau County producer, Fordyce said. Testing of all of those facilities showed no evidence of bird flu, he said.

The Missouri Department of Health and Senior Services also will monitor workers who may have been exposed.

The Poultry Federation of Arkansas, Missouri and Oklahoma said its producers are working hard to prevent the spread of the flu.

"We want the public and our local communities to know that all efforts are being taken by poultry companies to assist the government agencies to contain and eliminate the disease," Marvin Childers, president of the association, said in a statement.

Agriculture leaders urged anyone who owns birds to prevent them from contact with wild birds. Sick birds or unusual bird deaths should be reported to a veterinarian and the Missouri Department of Agriculture.