A newly discovered cache of industry documents reveals that the sugar industry worked closely with the National Institutes of Health in the 1960s and '70s to develop a federal research program focused on approaches other than sugar reduction to prevent tooth decay in American children. 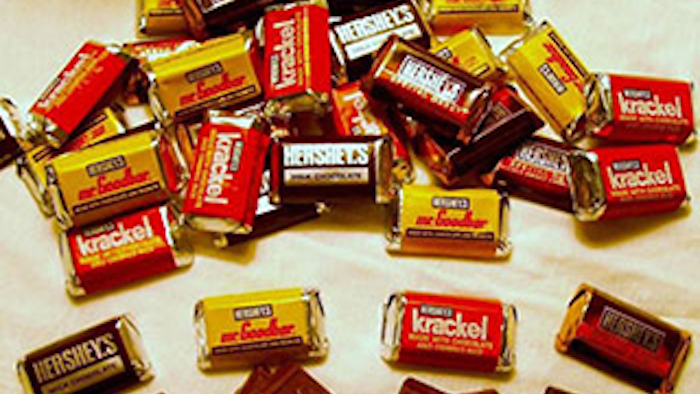 ﻿A newly discovered cache of industry documents reveals that the sugar industry worked closely with the National Institutes of Health in the 1960s and '70s to develop a federal research program focused on approaches other than sugar reduction to prevent tooth decay in American children.

An analysis of those papers by researchers at UC San Francisco appears March 10, 2015 in the open-source scientific journal, PLOS Medicine.

The archive of 319 industry documents, which were uncovered in a public collection at the Univ. of Illinois, revealed that a sugar industry trade organization representing 30 international members had accepted the fact that sugar caused tooth decay as early as 1950, and adopted a strategy aimed at identifying alternative approaches to reducing tooth decay.

Meanwhile, the National Institutes of Health had come to the conclusion in 1969 that focusing on reducing consumption of sucrose, "while theoretically possible," was not practical as a public health measure.

Thus aligned, the sugar industry trade organization and the NIH worked in parallel and ultimately together on developing alternative research approaches, with a substantial portion of the trade organization's own research priorities — 78 percent — directly incorporated into the 1971 National Caries Program's first request for research proposals from scientists.

"The dental community has always known that preventing tooth decay required restricting sugar intake," said first author Cristin Kearns, a UCSF postdoctoral scholar who discovered the archives. "It was disappointing to learn that the policies we are debating today could have been addressed more than forty years ago."

While tooth decay is largely preventable, it remains the leading chronic disease among U.S. children, according to the Centers for Disease Control and Prevention. The CDC estimates that more than half of American children and teens have cavities in their adult teeth, and 15.6 percent of children age six to 19 have untreated tooth decay, which can lead to tooth loss, infections and abscesses.

They include 1,551 pages of correspondence among sugar industry executives, meeting minutes and other relevant reports from between 1959 and 1971. Kearns, and UCSF coauthors Stanton Glantz and Laura Schmidt, analyzed the papers against documents from the National Institute of Dental Research (NIDR) to explore how the sugar industry may have influenced the research policies of the 1971 National Caries (Tooth Decay) Program.

The analysis showed that in the late 1960s and early 1970s, the sugar industry funded research in collaboration with allied food industries on enzymes to break up dental plaque and a vaccine against tooth decay. It also shows they cultivated relationships with the NIDR and that a sugar industry expert panel overlapped by all but one member with the NIDR panel that influenced the priorities for the NIH tooth decay program. The majority of the research priorities and initial projects largely failed to produce results on a large scale, the authors found.

"These tactics are strikingly similar to what we saw in the tobacco industry in the same era," said Glantz, whose similar discovery in the 1990s of tobacco industry papers led to massive settlements between the industry and every U.S. state, and to the Department of Justice's successful prosecution of the major tobacco companies and their research organizations under the Racketeer Influenced and Corrupt Organizations Act. The Legacy Tobacco Documents Library at UCSF now contains 14 million of those documents.

"Our findings are a wake-up call for government officials charged with protecting the public health, as well as public health advocates, to understand that the sugar industry, like the tobacco industry, seeks to protect profits over public health," Glantz added.

While the authors recognize that the Adams papers provide a narrow window into the activities of one sugar industry trade association, they noted that the sugar industry's current position remains that public health should focus on fluoride toothpaste, dental sealants and other ways to reduce the harm of sugar, rather than reducing consumption. They concluded that industry opposition to current policy proposals — including the World Health Organization's newly released guidelines to reduce added sugar to less than 10 percent of daily caloric intake — should not be allowed to block this prudent public health standard.

"There is robust evidence now linking excess sugar consumption with heart disease, diabetes and liver disease, in addition to tooth decay," said Schmidt, who also is principal investigator on the UCSF-led SugarScience initiative. "Times have definitely changed since that era, but this is a stark lesson in what can happen if we are not careful about maintaining scientific integrity."