What Happens to Grain During Cooking?

Researchers, trying to understand wheat-related health problems, have found new clues to how the grain’s proteins, including gluten, change when cooked and digested. 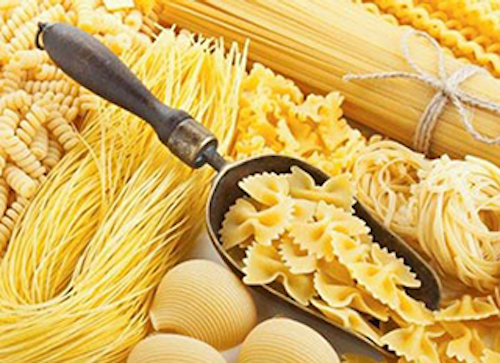 Researchers, trying to understand wheat-related health problems, have found new clues to how the grain’s proteins, including gluten, change when cooked and digested. They report in ACS’ Journal of Agricultural and Food Chemistry that boiling pasta releases some of its potential allergens, while other proteins persist throughout cooking and digestion. Their findings lend new insights that could ultimately help celiac patients and people allergic to wheat.

Gianfranco Mamone and colleagues at Italy’s Institute of Food Sciences National Research Council point out that pasta is one of the most popular foods in Europe and the U.S. Most people can eat it without a problem. But for those with wheat allergies or celiac disease, an autoimmune reaction to gluten, cutting the grain out of their diets is necessary to minimize symptoms. These symptoms can include abdominal pain, diarrhea and — in the long run — damage to the small intestines.

Mamone’s team set out to gain a better understanding of what happens to the potentially trouble-making proteins in pasta when it’s cooked and consumed. In the lab, the researchers cooked store-bought pasta and simulated how the body would digest it. They found that while some gluten proteins persisted throughout the cooking and digestion process, other allergenic non-gluten proteins are lost during boiling as they almost completely leak into the cooking water.

This suggests that for people with particular types of wheat allergies unrelated to celiac disease, eating pasta might cause a weaker reaction than wheat products that are baked, the researchers say. Their findings also contribute to understanding the chemistry of gluten digestion.

The authors acknowledge funding from BBSRC and Italian Ministry of Economy and Finance.