It seemed like a worthwhile experiment to a small winery: Submerge bottles of wine in sea water to see how they age. But a federal agency is concerned that ocean water could contaminate the wine. 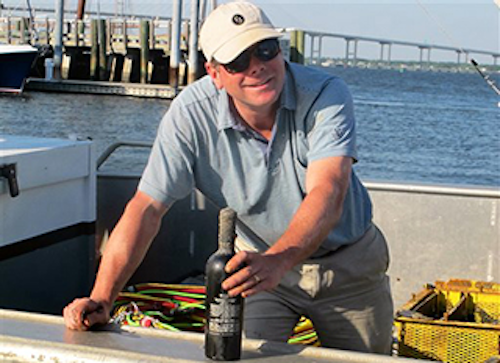 CHARLESTON, S.C. (AP) — It seemed like a worthwhile experiment to a small winery: Submerge bottles of wine in sea water to see how they age. But a federal agency is concerned that ocean water could contaminate the wine.

For two years, Napa Valley, California-based Mira Winery has been submerging bottles of wine in the harbor in Charleston, South Carolina, where its president lives, to determine the effects of water, motion, light and temperature on aging.

But last week the federal Alcohol and Tobacco Tax and Trade Bureau issued an advisory saying water pressure could cause contaminants to seep into the bottles. It said the bureau will issue no labels for ocean-aged products until the Food and Drug Administration determines they are unadulterated.

Mira produces several thousands of cases a wine a year but only 20 have been submerged, company president Jim "Bear" Dyke Jr. said Monday. The eight cases in the harbor now will be retrieved in May.

It's long been known that wine recovered from sunken ships has a unique flavor. And while wineries in Europe and California have aged wine in the ocean, Mira is doing a systematic analysis of ocean aging.

"Overpressure on bottle seals increases the likelihood of seepage of sea or ocean water into the product," the bureau advisory said. It added "biological growth on the container may contribute to the degradation of the cork and wax seal and could contaminate the product when the bottle is opened."

The advisory warned contaminants from gasoline and oil to pesticides and heavy metals can sometimes be found in ocean water.

But Dyke said there have been no problems with the seals, corks or the taste of the wine that's been retrieved from Charleston Harbor.

"The chemical analysis shows it is basically the exact same wine (as that aged on land) with the exception of the turbidity — which is the clarity because it has been moving around," he said. The sea-aged wine is more turbid, he said, but he added: "The wine is not adulterated."

Mira's bottles have been aged in the harbor for periods ranging from six months to a year or so. Some of the ocean-aged wine has been sold.

But Dyke said the winery doesn't plan to sell any more of it and hopes to get more information from the government.

The Food and Drug Administration did not immediately respond to a message Monday seeking comment.