According to a recent article published online by JAMA Pediatrics, it was only after schools began hiring chefs to enhance meals that fruit and vegetable consumption began to increase in school aged children. 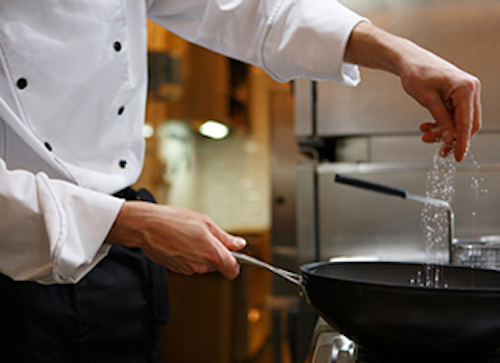 Fruit and vegetable selections in school meals increased after students had extended exposure to school food made tastier with the help of a professional chef and after modifications were made to school cafeterias, including signage and more prominent placement of fruits and vegetables, but it was only chef-enhanced meals that also increased consumption, according to an article published online by JAMA Pediatrics.

More than 30 million students get school meals daily and many of them rely on school foods for up to half of their daily calories. Therefore, school-based interventions that encourage the selection and consumption of healthier foods, such as fruits and vegetables, can have important health implications, according to the study background.

Juliana Cohen, of the Harvard T.H. Chan School of Public Health, and coauthors conducted a randomized clinical trial to examine the effects of short-term and long-term exposure to meals made more palatable with the help of a professional chef who taught school staff culinary skills and extended daily exposure to "choice architecture" in a smart café intervention where fruits were placed in attractive containers, vegetables were offered at the front of the lunch line and white milk was placed in front of sugar-sweetened chocolate milk.

The study involved 14 elementary and middle schools in two urban, low-income school districts, including 2,638 students in grades three through eight. Intervention schools received a professional chef who collaborated with them and then students were repeatedly exposed to new recipes on a weekly basis during a seven-month period. The modifications made to school cafeterias as part of the smart café intervention were applied daily for four months.

There were no changes in the selection or consumption of white or sugar-sweetened chocolate milk in the smart café schools where students had access to both, the results indicate.

"Efforts to improve the taste of school foods through chef-enhanced meals should remain a priority because this was the only method that increased consumption. This was observed only after students were repeatedly exposed to the new foods for seven months. Therefore, schools should not abandon healthier options if they are initially met with resistance," the study concludes.