The 50 year-old Los Angeles dad who drank 10 Cokes a day for 30 days and gained 23 lbs is once again testing the health effects of soda, as he consumes 10 Diet Cokes a day, also for 30 days. 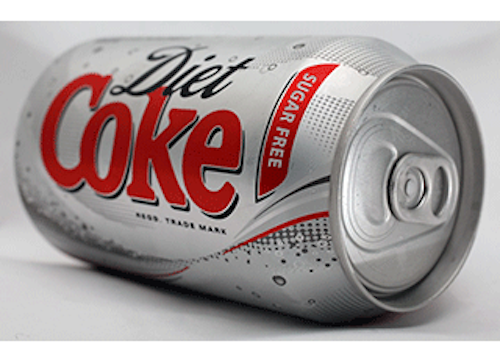 LOS ANGELES (PRNewswire) —The 50 year-old Los Angeles dad who drank 10 Cokes a day for 30 days and gained 23 lbs is once again testing the health effects of soda, as he consumes 10 Diet Cokes a day, also for 30 days. As in the earlier experiment, Prior is taking daily measurements of weight, blood sugar, and blood pressure, and blogging the results on his website: 10cokesaday.com.

"The most frequently-asked question people had after the 10 Cokes a day experiment," says Prior, "was 'what if it was Diet Coke?'  Would I have still gained weight? Or would there be other, even more dangerous, health issues? It's a really important question, because Americans drink a lot of diet soda."

Recent studies have linked diet soda to changes in the human gut bacteria that may cause weight gain or insulin resistance, and earlier studies have found that diet soda drinkers have a higher incidence of obesity, heart disease, and diabetes than people who don't drink diet soda. There are also concerns about the dangers of aspartame, which may be poisonous to people with an aspartame sensitivity.

With only a few days to go in his experiment, Prior's website reports that his weight, blood pressure, and blood sugar remain basically unchanged. "Physically, I feel great," says Prior. "It has been much easier to drink the Diet Cokes - no energy swings, carb cravings, or weight gain. But I have to wait for the blood test results to see the full story." Prior had extensive blood lab testing done before the experiment. "The Doctors TV Show set me up with an amazing endocrinologist, who took seven tubes of blood for tests. That's where we may see this experiment turn out very badly for me."

Prior says he was surprised by how little his health seemed affected by drinking 300 diet sodas in less than a month, but that the real surprise was discovering a strong public opinion against diet soda. "The passion and fear people have about diet soda in general is incredible," he says. "People hate diet soda! Everyone warned me that this was a much more dangerous experiment than the one with regular sugared Coke. It seems like a cultural fear of the artificialness of diet soda. The idea that chemicals are just bad."

About 20 percent of the entire U.S. population drinks diet soda on a daily basis, so if Prior's experiment reveals real health dangers in diet soda drinking, millions of people may want to switch back to regular sugared soda. But Prior feels that the stakes are even higher for people who drink sugared sodas:

"If it turns out that we are exaggerating the dangers of diet soda, and discouraging people who drink regular sugared soda from switching, then that's a terrible, terrible disservice," he says. "We do know that the serious health consequences of eating sugar are hurting millions of people. If it turns out that diet soda's not that bad, it could save a lot of lives."

The results from Prior's final blood tests will be available on his website at 10cokesaday.com, along with charts of his physical changes over time, diet tips, diabetes facts, photos, and videos of his experiment.