Some Farmers Look to Capitalize on Non-GMO Market 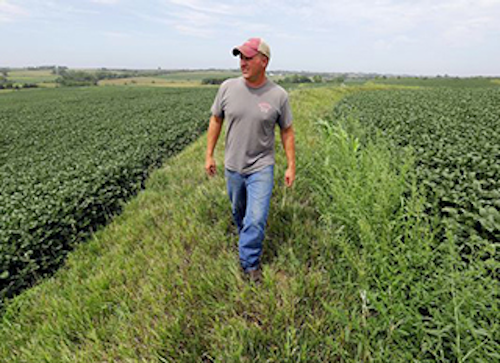 Genetically modified crops continue to gain prominence in the U.S. food market, but high grain inventories led to a recent drop in commodity prices. That, in turn, led to projections for 2015 of the lowest farm income levels in six years.

Supplementing crops with non-GMO seeds, however, could help farmers capitalize on a rapidly growing consumer base that's concerned about genetic modification -- and willing to pay a premium price to avoid it.

"This non-GMO thing has seemed to take hold and gain a lot of traction," Justin Dammann, an Iowa farmer planning to plant non-GMO crops for the first time in more than 10 years, told Gannett.

Reports showed products approved by the Non-GMO Project increased from $1.2 billion in 2011 sales to $8.5 billion last year, while companies such as General Mills and Chipotle took recent steps to distance themselves from GMO foods.

Meanwhile, the federal government could get involved in the non-GMO certification business if some Congressional Republicans get their way.

Rep. Mike Pompeo of Kansas recently introduced legislation that would create a voluntary certification program based on the current USDA labeling of organic food. He said supporters of the bill are "perfectly happy to have folks to understand if there's GMOs or not in their food," but conceded it would also pre-empt a potentially complex network of state and local GMO labeling laws.

Consumer groups and environmental advocates sharply criticized the bill as an effort to restrict disclosure by the food industry. Those groups support labeling requirements -- which often trigger bitter political and legal fights -- amid concerns about the potential environmental and human health effects of GMOs.

Agribusiness groups -- who counter that GMOs are safe and hold immense potential for both farmers and consumers -- have little reason to worry about farms like Justin Dammann's, however. Reports show about 97 percent of soybeans and 95 percent of corn in Iowa fields came from engineered seeds.