Sweet potatoes from all over the world naturally contain genes from the bacterium Agrobacterium. Sweet potato is one of the most important food crops for human consumption in the world. Because of the presence of this 'foreign' DNA, sweet potato can be seen as a 'natural GMO.' 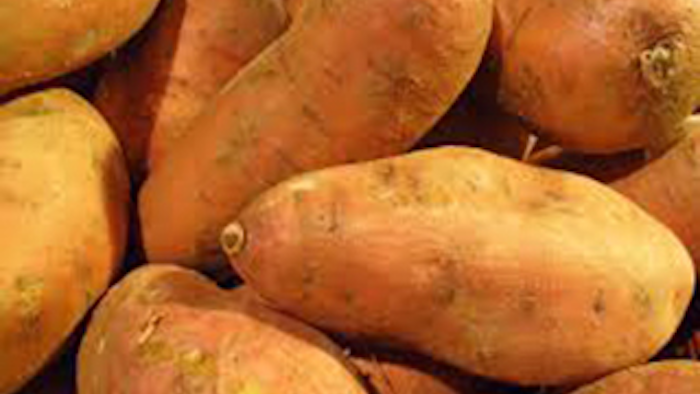 Sweet potatoes from all over the world naturally contain genes from the bacterium Agrobacterium. Researchers from UGent and the International Potato Institute publish this discovery in PNAS. Sweet potato is one of the most important food crops for human consumption in the world. Because of the presence of this 'foreign' DNA, sweet potato can be seen as a 'natural GMO.'

The researchers discovered the foreign DNA sequences of Agrobacterium while searching the genome - this is the entire DNA-code - of sweet potato for viral diseases. Instead of contributing this peculiar finding to bacterial contamination of the plant samples, the researchers decided to study these sequences in more detail.

The sequences appeared to be present in each of the 291 tested sweet potato cultivars and even in some wild related species. Different research methods confirmed the same conclusion: the specific sequences are not due to contamination, but they are part of the sweet potato genome.

The genes in the foreign DNA sequences were also shown to be active in sweet potato, which can indicate that they provide a positive characteristic which was selected for by the farmers during domestication.

It is not the first time that researchers find bacterial, fungal or viral DNA in the genome of plants or animals. High throughput genome analyses in recent years find more and more examples of possible "horizontal gene transfers". In a horizontal gene transfer there is exchange of genes between different species - in contrast to normal gene transfer from parents to progeny which occurs within one species.

Finding similar sequences is not a full proof that they are the result of horizontal gene transfer, but in the case of sweet potato there are strong indications that this has happened. Indeed, Agrobacterium is specialized to transfer a part of its own DNA, the so-called T-DNA, to plants. And it is this T-DNA that has been found in sweet potato.

The mechanism that Agrobacterium uses to incorporate its own T-DNA in the genetic material of plants forms the basis of the gmo technology. While Agrobacterium traditionally introduces its T-DNA only in a few plant cells, biotechnologist have succeeded to regenerate plants from these cells. The finding of T-DNAs in sweet potato now reveals that this extra step has also occurred in nature thousands of years ago. Prof. Lieve Gheysen, one of the researchers involved: "The natural presence of Agrobacterium T-DNA in sweet potato and its stable inheritance during evolution is a beautiful example of the possibility of DNA exchange across species barriers. It demonstrates that genetic modification also happens in nature. In comparison to "natural" gmos, that are beyond our control, human-made gmos have the advantage that we know exactly which characteristic we add to the plant."

Sweet potato is one of the most important food crops for human consumption, especially in Sub-Sahara Africa, parts of Asia and the Pacific islands. It is one of the earliest domesticated crops with archeological findings in caves of the Cholca Canyon in Peru that are 8,000 to 10,000 years old. Despite the name, sweet potato is not related to potato; we eat the tuber from potato, while from sweet potato mainly the storage root is eaten but also other sweet potato parts are edible such as the leaves.

The team of Prof. Lieve Gheysen and Prof. Tina Kyndt of Ghent University unravels interactions between plants and other organisms. With these insights crops can be developed that are resistant to pests and diseases.