Jeni's to Destroy 265 Tons of Ice Cream After Listeria Found

CEO John Lowe says in a statement that the product to be destroyed amounts to 15 tractor-trailer loads on more than 300 pallets. It will cost the Columbus, Ohio-based company more than $2.5 million. 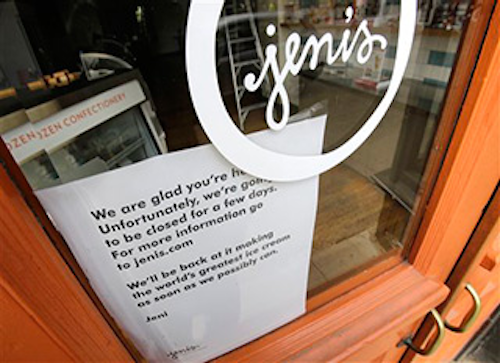 COLUMBUS, Ohio (AP) — Jeni's Splendid Ice Creams is destroying more than 265 tons of ice cream after listeria was found in the production facility and in products last week.

CEO John Lowe says in a statement Tuesday that the product to be destroyed amounts to 15 tractor-trailer loads on more than 300 pallets. It will cost the Columbus, Ohio-based company more than $2.5 million.

Lowe says a team is working to eradicate the bacteria detected in the production kitchen.