Millions of dead chickens and turkeys lie in stinking, fly-swarmed piles near dozens of Iowa farms, casualties of a bird flu virus that's swept through the state's large poultry operations in the last month. 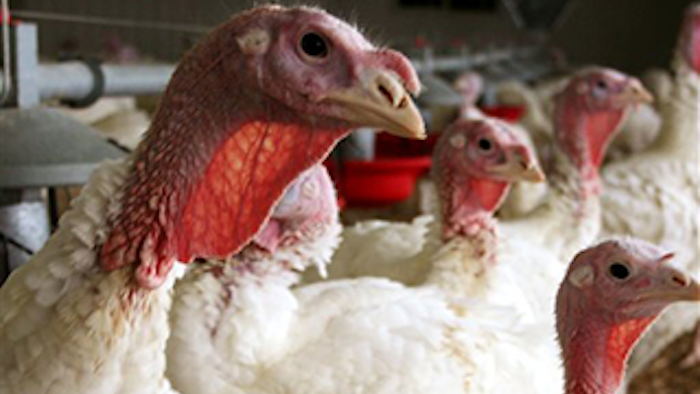 Contractors hired by the U.S. Department of Agriculture move methodically from barn to barn at the 28 farms, killing the animals that haven't yet died from the H5N2 virus — a suffocating foam for turkeys, carbon dioxide gas to asphyxiate chickens. Neighbors say they understand the challenge the state's producers face in disposing of more than 20 million bird carcasses, but are eager for quick action, especially as temperatures rise.

"People in low-lying areas near those facilities have contacted me complaining about a very large number of flies and, until the wind comes up and goes the right direction, a lingering odor," said Sen. David Johnson, whose northwest Iowa district includes Sunrise Farms — where 3.8 million chickens in 20 barns are dead or dying.

There are few details about how the carcasses are being handled; some are piled up and covered with dirt or other material, turkeys are often composted inside barns and at least one chicken farm is burying them in trenches. The Iowa Department of Natural Resources is working with area landfills on agreements to dispose of poultry inside plastic bio-bags and has approved permits for a company to operate portable incinerators in three counties, with the possibility of a fourth roving incinerator.

But one thing is clear, according to Ken Hessenius, a DNR environmental supervisor: "We've got to look at all methods of disposal here to deal with this. It truly is a crisis. It's an extremely difficult situation for all these farms."

Iowa, which raises nearly 20 percent of the nation's egg-laying chickens and produces nearly one in every five eggs consumed in the U.S., saw its first reported case on April 13. Since then, nearly 21 million chickens and 470,000 turkeys have died, are dying or are in line to be euthanized. It isn't the only state dealing with the issue: More than 100 farms in the Midwest have been hit, leading to the loss of more than 28 million chickens and turkeys — 5.5 million of those in Minnesota, the nation's leading turkey producer.

Hessenius has said his office has received numerous calls from neighbors about increased flies and odor at Sunrise Farms, where the virus was confirmed on April 20. He said he was told by farm personnel that crews are out spraying.

"When you have all those dying animals being dealt with certainly there are odor issues," Hessenius said. "There's manure there, there's compost, there are dead and dying chickens. It is a state of emergency."

Sunrise Farms, an affiliate of Sonstegard Foods Co. of Sioux Falls, South Dakota, didn't respond to messages for comment. The Iowa Department of Agriculture spokesman said the USDA oversees euthanizing the birds and directed questions about it to the federal agency.

"Incident management teams are on site at all affected operations in Iowa and working as quickly as possible to depopulate, dispose of, and disinfect these facilities," USDA spokeswoman Lyndsay Cole said.

One area farmer acknowledged the stink from Sunrise Farms, but is taking it in stride.

"I suppose it's a little more than normal but they had to do something with the situation," Mark Dillehay said. "There's probably a few more flies but nothing we can't deal with."

In neighboring O'Brien County, where two farms are losing more than 330,000 chickens, Emergency Management Coordinator Anne Koontz has heard complaints about flies and odor — but she noted it's the time of year flies hatch and when manure is spread on farm fields.

The next challenge will be to replace the lost chickens and turkeys and resuming operations at the farms, which must be disinfected and lay idle long enough to ensure the virus is gone.

"We're dealing with an area we don't know," Iowa Agriculture Secretary Bill Northey said last week, "and certainly there is a risk in putting birds back in and wanting to make sure that the site is completely clean."