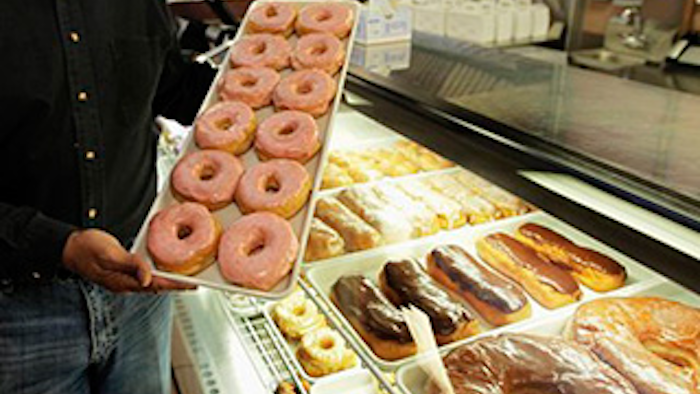 The Grocery Manufacturers Association, a trade group consisting of hundreds of food and beverage companies, largely praised the FDA rule, which includes a three-year period for compliance with the ban.

The group added that its petition to the FDA would also support the "proposed low-level uses of partially hydrogenated oils."

"Food and beverage companies have already voluntarily lowered the amount of trans fat added to food products by more than 86 percent and will continue lowering PHO use in foods," the group said.

The American Heart Association, meanwhile, lauded "a historic victory for the nation’s health" that could prevent thousands of premature deaths annually.

"Eliminating this unsafe ingredient from our diets will help give Americans a fighting chance against cardiovascular disease," said AHA CEO Nancy Brown.

Attorneys representing the industry, however, expressed concerns that food companies could face class action lawsuits over their use of trans fat, a formerly popular ingredient in many processed foods that's linked to elevated levels of "bad" cholesterol.

"The class action lawyers have got their forks and knives out," Stefanie Fogel, who represents food companies at law firm DLA Piper, told Politico. Another industry lawyer called the FDA rule a "gift to the litigation industry."

The FDA's move also generated strong reactions on both sides of the political aisle.

Sen. Richard Blumenthal, D-Connecticut, said the move will "will save lives and make future generations healthier," while Daren Bakst of the conservative Heritage Foundation called it "an overreach" that runs "counter to the idea of American liberty and freedom."

The Natural Resources Defense Council, meanwhile, said the trans fat ban should the first of hundreds of safety reviews for chemicals in food deemed "generally recognized as safe."