A state advisory committee will spend $80,000 over the next two years to promote the state's wineries and help researchers find hardier grapes to make better North Dakota wines. 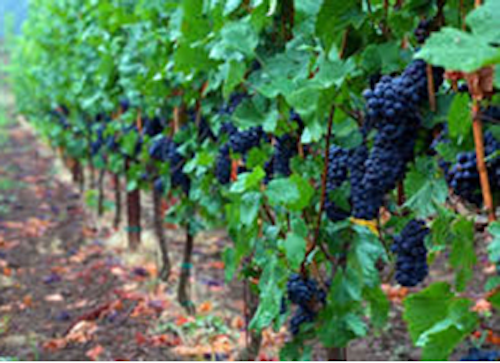 The state Legislature allocated $80,000 to the North Dakota Grape and Wine Advisory Committee in 2013 and an additional $80,000 this session, the Bismarck Tribune reported.

"We're really in need of new varieties in North Dakota," said Rodney Hogen, owner of Red Trail Vineyard and a member of the advisory committee, which awards money for research and marketing.

Dana Hager, the marketing and information director of the North Dakota Department of Agriculture, said producers want red and white wine grapes that are hardy enough to withstand a negative 40-degree freeze with no protection but also able to ripen within North Dakota's short growing season.

"That's one of the major difficulties for growing the industry," Hager said.

Harlene Hatterman-Valenti, a high-value crops specialist for North Dakota State University, was one of those awarded state funds by the advisory committee in the last biennium to solve the problem. She spent the money evaluating germ plasm in grape varieties.

The mid-September freezes that happen on occasion in North Dakota come too early for current varieties to grow well, Hatterman-Valenti said. The hardiest grown here don't make very high-quality wine and the ones that do make good wine aren't hardy enough.

"You can be going along great and then have a huge drop in temperatures," Hatterman-Valenti said.

Because the vines are not dormant at that time, they can't survive the cold. Hatterman-Valenti aims to change that by using wild grapes growing in the state.

Over the next two years, the advisory committee also plans to put $16,000 of the $80,000 toward marketing. There are about 14 wineries in the state and marketing them is important to growing public interest in the industry, Hogen said.

So far this year, the advisory committee hasn't had any applications for funding, but Hatterman-Valenti said she may reapply before the Sept. 15 deadline.