Gluten-Free Diet: New Research Shows There is No Benefit

Despite health claims for gluten-free eating, new research shows there is no evidence indicating the general public would be better off avoiding gluten. 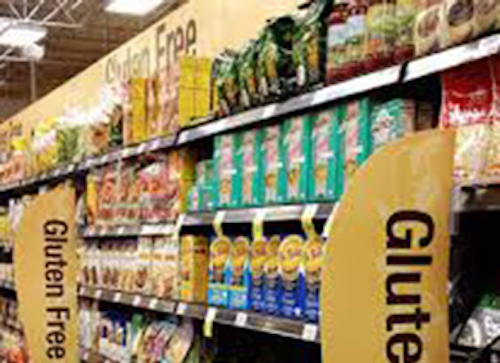 WASHINGTON (PRNewswire) — A new review article published in the Journal of the American Academy of Physician Assistants confirms there is no published experimental evidence supporting a gluten-free diet for weight loss in individuals without celiac disease or gluten-related disorders. Titled "Navigating the gluten-free boom: from essential medical treatment to ill-conceived fad diet," the authors scrutinized the scientific literature and concluded that there is no benefit to the general population from going gluten-free. However, consumer trend data from Mintel indicates that 65% of Americans select gluten-free products because they believe they are more healthful.*

In recent years, gluten-free dieting has gained popularity among the general population at a rate that is out of proportion to the prevalence of gluten-related disorders such as celiac disease (CD), non-celiac gluten sensitivity (NCGS) and wheat allergy, for which the gluten-free diet is a vital medical treatment. Unfortunately, celebrity endorsements and media coverage have led people to believe they would benefit from following a gluten-free eating pattern; this sentiment is reflected in another Mintel insight that 27 percent of Americans choose gluten-free products to help them lose weight.

"Our research confirms much of what we already knew – while the gluten-free diet is a legitimate therapeutic tool for those affected by gluten-related disorders, there has been a corrosion of common sense from people needlessly jumping on the fad diet bandwagon," stated study co-author Glenn Gaesser, PhD, researcher and professor at Arizona State University. "In fact, people who eliminate gluten may end up gaining weight because these foods often have more calories than their gluten-containing counterparts. There is also preliminary evidence that consuming gluten-containing foods, especially whole grain wheat products high in dietary fiber, may boost beneficial gut bacteria, which will be an interesting area of future study recognizing our growing understanding of the microbiome and its effect on health." Gaesser is chairman of Grain Foods Foundation's Scientific Advisory Board.

Formed in 2004, Grain Foods Foundation (GFF) is a joint venture of members from the baking and milling industries, and allied suppliers. GFF is a supportive, expert group of thought leaders and advocates for ALL grain foods that believes everybody needs grain food to enjoy a happy and healthy life.