Hormone in Brain Could Cause Overeating, Says Rutgers Science

Eating for pure pleasure instead of hunger is controlled by a hormone in the brain, according to new Rutgers University research. The work could point to brain-first targets to combat the burgeoning obesity epidemic, according to the scientists 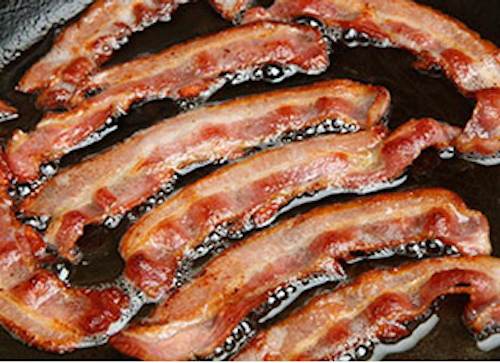 Eating for pure pleasure instead of hunger is controlled by a hormone in the brain, according to new Rutgers University research. The work could point to brain-first targets to combat the burgeoning obesity epidemic, according to the scientists.

“Certain traits are very similar to drug addiction,” Zhiping Pang, an assistant professor at Rutgers’ Robert Wood Johnson Medical School, told Laboratory Equipment. “If we can target one specific pathway in the brain, it would be fantastic.”

The hormone is known as glucagon-like peptide-1, of GLP-1. Previous studies have shown how the GLP-1 amino acids, secreted by the small intestine and the brain, chemically tell the brain when the body is satisfied and should stop eating.

The Rutgers team detailed the effects of the hormone in specific parts of mouse brains. When GLP-1 was reduced, the mice overate and ate fattier foods. When they boosted the hormone levels, the mice avoided fatty foods and only ate when they were hungry, according to the new paper, published in the journal Cell Reports.

GLP-1 therapies exist – including Saxenda, approved by the FDA in December. But the drug is a full-body treatment, presenting possible side effects on the kidneys and liver.

“If we can find a specific target, we would have a better therapy,” he said, in the interview.

But it could have further implications, Pang added. The part of the brain impacted by GLP-1 is also the place where drug and alcohol addiction are neurologically centered – and the chemical foundations of urges could be subject to further investigation there, he said.

“It’s a provocative way of thinking about it,” said Pang. “We believe that our work has broad implications in understanding how GLP-1 functions to influence motivational behaviors.”

But much work remains, Pang said. Already the Rutgers team has spent three years on GLP-1 – and there are years left to fully understand its dynamics, he added.

“We need to know more about the system – there are still a lot of unknowns,” Pang said. “There’s a lot that needs to be done.”