The U.S. Department of Agriculture's first report of the new crop season says farmers will plant 84.6 million acres in soybeans, up 1 percent from last year's previous record of 83.7 million acres. 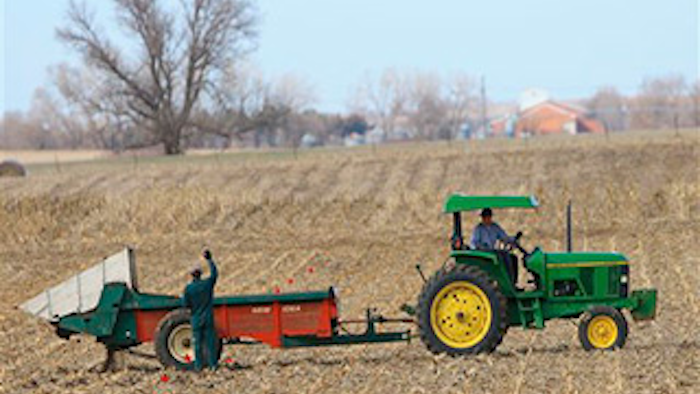 DES MOINES, Iowa (AP) — Farmers are expected to plant a record number of soybean acres this year, but less corn as that grain's profit potential remains low due to slumping prices

The U.S. Department of Agriculture's first report of the new crop season says farmers will plant 84.6 million acres in soybeans, up 1 percent from last year's previous record of 83.7 million acres.

Corn planting will fall to 89.2 million acres, down 2 percent from last year. It's the third year of acreage decline.

Soybeans are favored because they cost less to grow and prices haven't fallen as quickly as corn.

The report is based on 84,000 farmer surveys completed in early March.