This Week in Food History: The Whiskey Rebellion

This week in food manufacturing history, we’re looking at the invention of champagne, The Whiskey Rebellion, and the world’s largest Burger King. 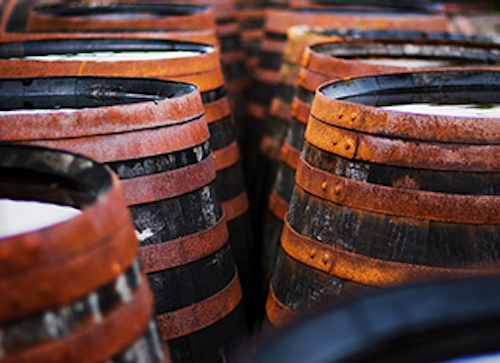 This week in food manufacturing history, we’re looking at the invention of champagne, The Whiskey Rebellion, and the world’s largest Burger King.

The Birth of the Bubbly

It is thought that on August 4, 1693, Dom Perignon, a Benedictine monk, unexpectedly invented champagne.

Perignon was making wine and trying to get rid of the bubbles, primarily to mitigate the effects of refermentation — a major problem for winemakers of that time.

After tasting his accidental creation, Perignon exclaimed, “Come quickly! I am drinking the stars!”

Though the legend of the invention of champagne is not 100 percent verifiable, it is true that Perignon made a significant contribution to the development of champagne when he discovered the technique that allows vintners to produce a successful white wine from red grapes.

Today’s vintners say that this was a major step toward the development of the modern day champagne.

The pressure from the bubbles back then, which is now desirable, would reach such levels that the bottles would explode.

Today, champagne undergoes two fermentations. After the traditional fermenting and bottling, yeast and rock sugar is added to the champagne, then sealed up and left to age for at least a year and a half.

And to think it all started with a tax. What came to be known as the Whiskey Rebellion of 1794, actually took place over a period of time beginning in 1791 in the western part of Pennsylvania.

It was not until March 3, 1791, that Congress instituted an excise tax on distilled liquors that set the rebellion of 1792 into motion.

The tax, based on the capacity of the still rather than the quantity produced, was required to be paid in cash — which was unusual for the time as whiskey was often the monetary unit westerners used to pay for their goods and services. How ironic.

Many of the westerners refused to pay the tax and those coming to collect the tax were often ambushed or humiliated, some were even tarred and feathered.

After a US Marshal arrived in Pennsylvania to serve writs to distillers who had not paid the tax, the alarm was raised and more than 500 armed men attacked and burned down the home of the fortified home of tax inspector General John Neville.

Violence continued to escalate and started to spread in to other counties over the next few years. Despite appeals for a peaceful resolution, a militia gathered at Braddock’s Field during the last week in July 1794.

On August 7, 1794, President Washington issued another proclamation calling for the rebels to disperse and return to their homes as well as invoking the Militia Act of 1795, which allows the President to use State military to put an end to the rebellion.

Approximately 13,000 militiamen marched with President Washington to put down the rebellion. About 150 rebels were arrested, but most were released due to the lack of evidence.

On Aug. 7, 1991, Burger King Corp. opened its largest outlet in the world. Where? Budapest.

The U.S. fast food restaurant chain averages 2,800 square feet per store, but the one in Hungary occupies three levels and is 15,000 square feet.

A second Burger King opened later that year in the Hungarian capital, and since then others have begun popping up.

The purpose behind the move was to break the hold of the McDonald’s Corporation on the Central European market.

McDonald’s, which attracted worldwide attention when it opened one of its restaurants in central Moscow in 1990, already was experiencing booming business in Hungary and Yugoslavia.