The slogans are familiar: "The Incredible Edible Egg," ''Pork: The Other White Meat," and "Got Milk?" They've all been part of promotional campaigns overseen by the Agriculture Department and paid for by the industries that vote to organize them. While the idea is simple, they've often generated controversy, been misunderstood and at times have operated with little oversight. 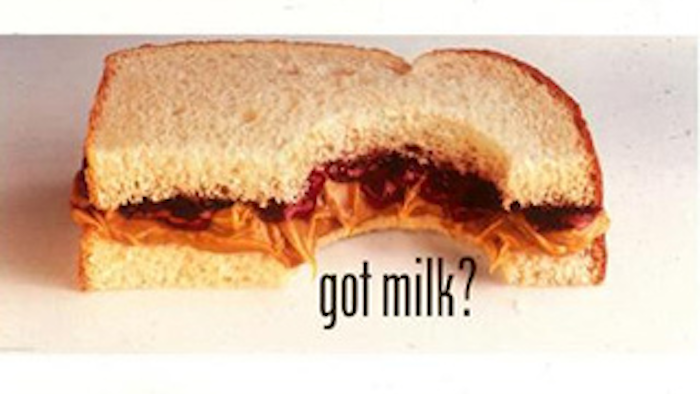 WASHINGTON (AP) — The slogans are familiar: "The Incredible Edible Egg," ''Pork: The Other White Meat," and "Got Milk?"

They've all been part of promotional campaigns overseen by the Agriculture Department and paid for by the industries that vote to organize them. While the idea is simple — an industry-wide promotional campaign at no cost to the government — they've often generated controversy, been misunderstood and at times have operated with little oversight.

The egg industry is the latest to draw scrutiny for its promotional board after it appears to have waged a campaign to hurt sales of an eggless imitation mayonnaise. According to email documents provided to The Associated Press, the American Egg Board tried to prevent Whole Foods grocery stores from selling Hampton Creek's Just Mayo spread and engaged in other efforts to counter the brand.

According to the documents, American Egg Board CEO Joanne Ivy emailed a consultant in 2013 saying she would accept his offer "to make that phone call to keep Just Mayo off Whole Foods shelves." The effort was apparently unsuccessful as Whole Foods still sells the product.

In a statement Thursday, USDA spokesman Sam Jones-Ellard said the department is looking into the documents and "does not condone any efforts to limit competing products in commerce." But he didn't say if USDA would take any action, and it's unclear if the egg board's communications would violate legal requirements for research and promotion programs.

According to the law, USDA is tasked with making sure that the quasi-government boards stay away from disparaging other commodities and from campaigning for legislation or regulation. The idea is that the campaigns stay promotional, not negative.

In addition to the egg board, there are about 20 other programs — also known as "checkoffs" — from the Mushroom Council to the National Honey Board to the National Christmas Tree Promotion Board. USDA is responsible for overseeing all of them, including ensuring fiscal responsibility, program efficiency and fair treatment for all sectors of the industries that decide to form boards.

In 2012, USDA's inspector general issued a report saying the Agricultural Marketing Service, the department agency that oversees the boards, needed to improve its oversight. Specifically, the audit said the agency should be able to better detect the misuse of board checkoff funds and gather more information from the boards to assess their activities. The report cited examples of employee bonuses and travel expenses that did not fall under department guidelines. The agency said it would make improvements.

Some of the programs have been challenged in court. In 2008, a judge barred the egg board from spending money to campaign on a proposition in California. And the USDA is currently defending itself in a federal lawsuit that alleges the National Pork Board cut a deal to help fund a non-governmental pork association that lobbies lawmakers.

In addition, the groups' association with the government has made them vulnerable to political attacks. In 2011, the White House delayed a decision to approve a Christmas tree promotion program after conservatives accused the Agriculture Department of spoiling Christmas with a new tree tax — even though the program would have been paid for by industry and the National Christmas Tree Association said it wouldn't have an impact on the price consumers pay for their trees. The program eventually went into effect after congressional action in 2014.

The organic industry has also faced political criticism as it is in the process of setting up its own promotion program with USDA. Some farm-state members of Congress have opposed organics getting their own program, arguing that you can't promote organic agriculture without somehow disparaging conventional agriculture.

Laura Batcha, head of the Organic Trade Association, says the group has been mindful of previous problems in the program as it worked over the last several years to create a checkoff program. "We set out with the objective of learning from folks," Batcha says.

The organic industry has said it wants to form a board to help consumers understand what organics are. The industry has been concerned about confusion in the marketplace. Other industries have hoped to boost consumer perception of their products. The National Pork Board says its goals are to build consumer demand and trust in modern pork production. The United States Potato Board says it is "dedicated to positioning potatoes as a nutrition powerhouse."

Hampton Creek CEO Josh Tetrick, meanwhile, has called for a congressional investigation into USDA oversight of the promotional programs. In the emails, one egg board executive appeared to joke about having Tetrick killed.

Tetrick's company, which markets itself as promoting healthier eating, provided the documents to the AP after they were obtained on a public records request by Ryan Noah Shapiro, a Freedom of Information Act expert at the Massachusetts Institute of Technology.

"There needs to be a lot more oversight in how these programs are run, because they have a real impact on how people eat," Tetrick said.