The hoagie-making, coffee-brewing convenience and gas chain from the Philadelphia area is pushing hard into the Sunshine State, opening more than 60 stores since 2012 with another 25 planned by the end of the year. 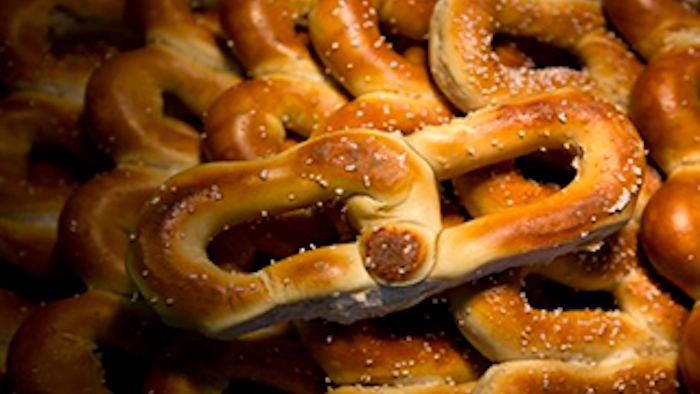 PHILADELPHIA (AP) — The man intent on taking the Philly cheesesteak global saw a familiar sight from home on a recent trip to Florida: a Wawa.

The hoagie-making, coffee-brewing convenience and gas chain from the Philadelphia area is pushing hard into the Sunshine State, opening more than 60 stores since 2012 with another 25 planned by the end of the year.

He's helping take Philly's most famous culinary treat to Florida, California and even the Middle Eastern nation of Bahrain.

"The cheesesteak has grown from a Philadelphia sandwich, a local food, to a national sandwich. Everyone's familiar with it," Misci said in a recent interview. "When we're in Las Vegas or in L.A., they'll come up to us and say, 'Hey, Tony Luke's, you're from Philly!'"

Other staples from the City of Brotherly Love, including its beloved soft pretzels and water ice, are also going global, as their Philadelphia-based purveyors aggressively expand into national — and international — chains.

Tony Luke's has 22 stores, seven more in development and plans to grow to 360 locations within a decade.

Philly Pretzel Factory, started in 1998 as a single stand by friends who hawked pretzels as kids on the side of a busy Philadelphia boulevard, has 150 stores and plans to open 350 more and break into the international market by 2020.

Rita's Italian Ice, already up to 600 stores in the U.S., is expanding into six Middle Eastern countries and is looking to Canada and Mexico for further growth.

Rita's chief development officer, Eric Taylor, said its Philadelphia-bred franchisees — and customers who've relocated from the city or vacationers hitting the beach, the theme parks or Phillies spring training — have an emotional connection to the product.

"They want to bring water ice out to Arizona or Utah or wherever they are now," Taylor said of the sugary frozen treat, which is more sorbet than snow cone. "They take pride in bringing a Philly staple back to their home market."

Wawa skipped straight from its footprint in five mid-Atlantic states to Florida, where census data shows 3 percent of residents are natives of Pennsylvania and 8 percent are from other northeast states.

The company has stores in the Orlando and Tampa areas popular with retirees and tourists — including the one Misci saw near the Phillies' complex in Clearwater. It's opening three stores at once next week in Fort Myers.

Wawa spokeswoman Lori Bruce said the reception has been so strong in Florida, the company will continue to open 25 new stores there and 25 in the mid-Atlantic — further into northern New Jersey and south into Virginia — each year.

Across the company and employee-owned chain, its made-to-order Philadelphia-style hoagies remain a top seller.

"It speaks to the unique connection Philly foods have with people," Bruce said.

Philadelphia's boom in gastronomic exports comes at a heady time for the city.

It'll host Pope Francis in September and the Democratic National Convention next July and a major soccer championship this summer.

It's also been featured prominently on the television shows "It's Always Sunny in Philadelphia" and "The Goldbergs," which recreated Veterans Stadium — the former home of the Phillies and Eagles — for a recent episode.

The brands built around the city's iconic foods are following a trail blazed by every major chain before it — growing from a single store into a regional player before leaping into less familiar territory, said Penn marketing professor David Reibstein.

Think Starbucks, which started as a single-store operation at Seattle's Pike Place Market, or one of its main rivals, Dunkin Donuts, which evolved into a global coffee and pastry giant from a small chain of shops in the Boston area.

"Part of what it takes is, is that city or that region known for those particular products," said Reibstein. "We can think about Italian shoes. That's really well-known and if you say it's Italian, that must be really good. But, if we saw Slovakian shoes, no one's going to be really enamored with that."